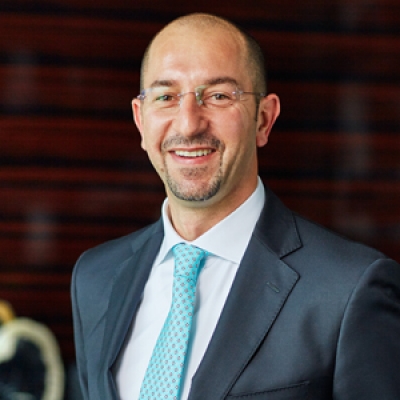 Director of Sales and Marketing

“One day, in retrospect, the years of struggle will strike you as the most beautiful.”

“Abu Dhabi may not be a major destination for leisure travellers, but it really should be, because there is so much to experience,” says Mohammad Barakat, who stepped in as Director of Marketing for Four Seasons Hotel Abu Dhabi at Al Maryah Island in October 2017.  “Here in Abu Dhabi we have a growing number of exciting events in the city’s calendar, whether that be in sport, entertainment, or arts and culture.  It’s very positive to see so much momentum here, for example with the Louvre opening in November 2017, and the forthcoming Warner Brothers theme park.  As a hotel property, we are keen to support the tourism landscape by offering our guests a truly memorable experience that has all the hallmarks of personalised Four Seasons service, blended with authentic Emirati hospitality.”

Barakat reels off facts about the property at this prime location on Al Maryah Island: the 168 guest rooms and 38 suites found between the 4th to the 13th floor of an impressive 34 storey glass tower; the 124 private residences ranging from one to four bedroom units with two additional penthouses; more than 15,000 square feet (1,400 square metres) of meeting and event space, not to mention six restaurants and lounge concepts, as well as a Spa with eight treatment rooms and male and female fitness centres.

“From a product standpoint, this Hotel is really unique in terms of its design direction – taking a great deal of inspiration from art, particularly local and regional art.  For me, it’s really important that we connect to our sense of place, and I believe that through our appreciation of local artists, I feel we are doing that, while also connecting to the nearby Louvre Museum.  Our property also achieves a more contemporary feel that is understated, which goes some way to modernising the luxury experience for our guests.”

Barakat is well suited for promoting this landmark hotel located on Al Maryah Island.   Fluent in Arabic and English and harbouring a lifelong passion for travel, he first joined the family of Four Seasons in 2002 as Sales Manager at Four Seasons Hotel Riyadh at Kingdom Centre, and was promoted to Director of Sales in 2006. His passion for working in the Arabian Gulf region moved him to Dubai, where he became director of sales for The Address in 2009 and Armani Hotel in 2010. After returning to Four Seasons Amman in his home country of Jordan, he went on to play a key role in opening Four Seasons Hotel Bahrain Bay in April 2014.

Barakat is passionate about drawing clients to Al Maryah Island, and supporting its projection as the leading dining, retail and lifestyle destination of Abu Dhabi. He points to the Hotel’s own contribution its surroundings.  “We have an outstanding spa product, six restaurants and lounges offering a well-balanced range of dining options, and some excellent event spaces, all of which are areas of opportunity we continue to build on.”

No question, Barakat has the support of an energetic team behind him to help spread the word and round up business.  Leading by example, they find inspiration in his energy and enthusiasm for the task.   “I’m really passionate about putting our property and Al Maryah Island on the map during my tenure here,” he concludes.