Chef Luca Piscazzi’s Pelagos on Tour tasting menu interprets the inimitable flavours and diverse culinary traditions of Tinos in the Cyclades, Kalymnos in the Dodecanese and Lesvos in the North Aegean with respect and deep admiration.

Staying true to the casual yet elegant restaurant’s forward-thinking focus on fish and seafood, the chef and his team have taken a bold step forward into new gastronomic territory. Book a table to savour the visionary Mediterranean cuisine that earned Pelagos its first Michelin Star in November 2021, a mere six months after opening.

Taking Cues from the Sea, Food Artisans and Seasonality

Not one to rest on his laurels, Piscazzi yearned to widen his creative scope when he and his team started designing the menu eight months ago. They decided to harness inspiration from unique ingredients found only in certain under-the-radar destinations in Greece.

Like every Greek island, these destinations had to be distinctive in their own way, from the terrain to the colour of the sea, the traditional dishes and methods of cooking to the local way of life.

“We thought ‘what else can we do that no one has seen before while we have some fun?' Greece has so many products that no one knows about,” Piscazzi explains. “Our goal has always been to support small artisan producers and ensure we’re making a positive contribution to the eco-conscious food movement.”

Inspired by the sea, small-scale producers and seasonality, the Pelagos team singled out three Aegean islands to focus on for their new menu. Three exceptional products were chosen from each location.

For Piscazzi, it was important to comprehend the link between the land, its inhabitants, their history, culture and gastronomic heritage. To craft this menu, he decided to sample the products in their natural habitat, learn about relevant culinary traditions and pin down hyperlocal trends. So, he set off on a week-long island-hopping tour to meet the people behind the flavours, colours and aromas of each key ingredient.

On all three islands, Piscazzi met with small-scale farmers and producers from whom he had carefully selected and sourced ingredients for the menu. He familiarised himself with the way local produce and products are utilised in authentic local dishes but also in new ways.

Equally important were his meetings with chefs and home cooks. On Tinos, he met chef Dimitris Katrivesis, an El Bulli alumnus whose restaurant Thama has attracted attention for its innovative use of native ingredients. Together, they visited the central farmers market to gather ingredients for a Tinian omelette, known as froutalia, prepared with artichoke, potato and fennel sausage.

“Tinos proved to be an eye-opening experience for me. For an island that is off the tourist trail, I found it very interesting that the dining scene is so progressive while remaining laser-focused on showcasing local produce,” Piscazzi says.

In Steni village, Angela Rouggeri, one of the few producers of Tinos’ rarest cheeses, showed the team how delicately-flavoured kariki - reminiscent of roquefort - is matured in pumpkins. Mindful of the importance of reusing and recycling, Rouggeri grows her own pumpkins and feeds leftover milk to her pigs.

Together with Tinos born and bred cookbook author Nikoletta Foskolou, Piscazzi harvested indigenous wild artichokes from her garden and sampled homemade cold cut louza. On Tinos, prosciutto-like louza is made with pork belly and herbs and marinated in rose wine.

Next on the itinerary was Lesvos, a sprawling, rugged island in the North Aegean renowned for its delectable fish and seafood meze.

Lesvos’ critical role in providing a safe haven for immigrants making the oft-treacherous passage from Turkey proved an important element of the Pelagos team’s journey and one that touched them deeply.

The team visited civil non-profit organisation Iliaktida, which provides housing and support services to unaccompanied minors ranging from infants to teens. Sixty lunch boxes filled with vitello tonnato ciabatta and brownies were donated to the organisation’s school. Excited to receive the team, the children laid out a buffet of local dishes and presented an exhibition outlining traditional recipes from their respective homelands. These are to be collated for a recipe book, including signature recipes from chefs Piscazzi and Karinos.

“We spoke with them about their culinary traditions. They all loved talking about food and several expressed a desire to become chefs. It was a very enriching experience,” says Piscazzi.

The next stop on the Lesvos visit was a fishing trip with fisherman Spyros Patatoukos and an obligatory tasting of the island’s prized ouzo, considered among Greece’s finest, onboard. A hearty lunch of crisp fried red mullet, chargrilled octopus and thick Greek yoghurt topped with a spoon sweet at a beachfront taverna in peaceful Skala Polihnitou followed.

Piscazzi and his team also enjoyed a tasting of organic early harvest extra virgin olive oil produced with local adramytini and kolovi olive varieties at Olvia olive farm. The Tzortzis family has been producing the slightly piquant liquid gold in the island’s mountainous Komi district since 1935.

Kalymnos, a rugged isle of steep rust-red cliffs beloved of rock climbers and herb-studded valleys, was the final stop on Pelagos’ itinerary.

“We procure some very unusual products from Kalymnos and I was excited to taste these right at the source,” explains Piscazzi.

“Swordfish roe is removed as soon as the fish is caught, packed in ice then the fishermen’s wives smoke it, enhancing the flavour with wild oregano, thyme and summer savoury foraged from the mountains of Kalymnos,” explains Katsotourhis.

Spinialo, however, is perhaps the most peculiar delicacy of them all. Kalymnos’ famed sponge divers created this fisherman’s dish, which comprises sea squirts (or fouskes) marinated in seawater with a dash of olive oil, to sustain them on long voyages at sea.

The Pelagos team also visited sea sponge producer Manolis Makryllos at his workshop. “It was quite magical. We selected sponges that will feature as decoration in a side dish,” says Piscazzi.

Across the three islands, the chef discovered a strong sense of pride among islanders keen to maintain traditions passed on from elders.

“I really enjoyed connecting with locals and speaking with them about these precious products, harvested with great care from the land and sea. It was wonderful to learn about recipes handed down through the generations,” says Piscazzi.

On the final day of their journey, the team paid a visit to Athens’ Mud Lab, a contemporary pottery workshop in downtown Athens. Ceramicist Elia Lampiri demonstrated how she created the minimalist custom dinnerware she designed, in collaboration with Piscazzi, for each island dish on the new menu. One vessel resembles an artichoke, designed to cradle the Tinian thistle like a precious jewel.

Piscazzi’s Pelagos on Tour nine-course tasting menu is a heartfelt ode to the island communities and their culinary craftsmanship. Among the dishes are Lesvos sardines with black olive, lardo, cherry gazpacho, almond and eucalyptus, Kalymnos swordfish saltimbocca alla romana with pea and rhubarb, and Tinos goat in Noctua pale ale with apricot and elderflower. Lesvos olive oil serves as the lynchpin of a dessert encompassing white chocolate, vanilla almond and osmanthus blossom.

Accompanying the menu is a quartet of cocktails inspired by the unpredictable winds of the Aegean. Levantes, which borrows a nautical term referring to an easterly wind, features ouzo from Lesvos, Aperol, mandarin and almond-based Cretan beverage soumada. "Our goal with Pelagos on Tour is to take our guests on a journey with us to Tinos, Lesvos and Kalymnos and introduce them to new, interesting flavours. We are passionate about what we do and are dedicated to contributing to Athens' evolution as a gastronomic destination," says Piscazzi.

The Pelagos on Tour tasting menu will be available through October, alongside the 360° menu comprising standout dishes that have stood the test of time.

Health and safety remain the first priority at Four Seasons. To offer a safe environment for guests and employees, Four Seasons properties across the globe are implementing Lead With Care, a full-scale health and safety enhancement designed in collaboration with leading experts.

As Four Seasons Astir Palace Athens welcomes guests back, the entire team is committed to ensuring the highest standards of health and hygiene, without compromising the quality of the guest experience. 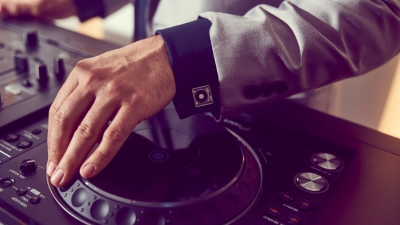 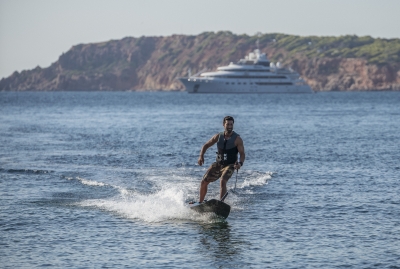 May 16, 2022, Athens, Greece
Warming Up for Summer at Four Seasons Astir Palace Hotel Athens and the Living is Easy