Peregrine falcons, the world’s fastest bird, have a new home at Four Seasons Hotel Atlanta. A custom falcon nest, known as an “aerie,” was mounted on the southeast corner of the Midtown skyscraper’s 50th floor. The addition is part of a new cooperative recovery effort with the Georgia Department of Natural Resources (DNR) to support the once endangered species.

Peregrines do not build nests made of twigs nestled in the branches of trees; rather, they scrape depressions into gravel or dirt on high ledges. Atlanta’s sky-high buildings share some similarities with mountain-side cliffs, which are the birds’ preferred aerie locations in the wild.

“We proposed the idea to Four Seasons Hotel Atlanta in 2021 because of our great working relationship with them, the consistent falcon activity on and near the skyscraper, and because of the staff’s committed interest in helping these iconic birds,” said Bob Sargent, Ph.D., a program manager with DNR’s Wildlife Conservation Section and a Certified Wildlife Biologist®. “This is the first time we have attempted a falcon nest box initiative in Atlanta. We hope that the falcons will approve of this ‘hotel on a hotel’ and occupy the nest in the near future.”

The new nest built by DNR is located atop Four Seasons Hotel Atlanta and includes a perching ledge, as well as small gravel on the interior floor for mates to form their own depression for eggs. While the box is visible from the Penthouse Ballroom, the tint on the building’s windows prevent the birds of prey from seeing activity inside the space.

”After learning about peregrines and understanding how majestic they are, our team was inspired to help,” said Russ Ford, assistant director of engineering at Four Seasons Hotel Atlanta. “Mounting a nest seemed like a significant action we could quickly make. And, after all, Atlanta is the home of the Falcons.”

While experts believe one or more pairs nest in metro-Atlanta each year, the last confirmed “wild” nesting site was located on Tallulah Gorge from 2015–2018, the state’s first nest outside of Atlanta since the 1940s.

In the 1960s, there were no known peregrine nests in the eastern U.S. This, among other factors, contributed to the peregrine falcon being listed as endangered in 1970 under the nation’s Endangered Species Conservation Act of 1969. The peregrine’s near extinction was the result of long-term reproductive failures caused by the widespread use of the pesticide DDT starting in the mid-1940s, as well as population declines connected to shooting, trapping, egg collecting, and human-related disturbances at aeries. Banning the use of DDT in the U.S. in 1972 together with protections provided via the Endangered Species Act (1973), as well as aggressive recovery programs beginning in 1970, helped the birds recover and led to delisting the peregrine as federally endangered in 1999.

Peregrine falcon conservation efforts in Georgia started in 1987. The effort initially focused on “hacking” – a controlled introduction program involving cages and 4- to 5-week-old nestlings (called eyasses) – the birds at mountain sites and some high-rises in Atlanta. One of the latter was the Georgia Power building, where three falcons were released in 1989. Biologists tried this method, because falcons had been nesting on skyscrapers in the Northeast. The first successful peregrine “wild” nest observed in Atlanta was on the Marriott Marquis in 1996. Intermittently from 1997 – 2016, pairs successfully nested on the SunTrust Plaza tower. Since then, falcons have often been seen on the Hotel and adjacent skyscrapers; however, extensive searches have not found evidence of a nest site.

These falcons are considered the world’s fastest bird – flying at speeds of 65 miles per hour and “stooping” (diving) at more than 200 miles per hour. Adult peregrines have a wingspan of nearly 4 feet but weigh less than 3 pounds. Pairs mate for life and usually return each year to the same nesting site. Their breeding season in Georgia begins in February. Three to four eggs are usually laid in March. Hatching occurs after 32-35 days of incubation. The young birds take their first flights between 39-49 days old.

For more information about peregrine falcons, consider the following sources:

The Center for Conservation Biology 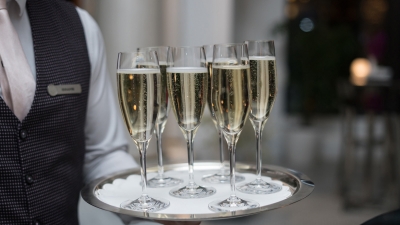 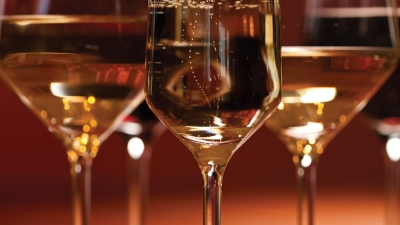