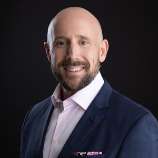 Director of Public Relations and Communications
“What I am most excited about, and honoured to be charged with, is to tell the story of this incredible destination, as well as the experiences my outstanding Four Seasons colleagues will be bringing to our guests and patrons.”

Robert Chinman is the Director of Public Relations and Communications at Four Seasons Hotel Nashville and was arguably a Nashvillian at heart before he even arrived. In this role, Robert drives awareness of the Hotel through the development and execution of strategic plans related to digital marketing, public relations, marketing communications, and social media.

“I can’t be more straightforward about my thoughts on Nashville — I love it here,” smiles Robert. “What I am most excited about, and honoured to be charged with, is to tell the story of this incredible destination, as well as the experiences my outstanding Four Seasons colleagues are bringing to our guests and patrons.”

Happy to stand in the background and speak to the prowess of his colleagues or that of Nashville as a destination, rather than his own attributes, it takes time before one gets the chance to learn more about the individual himself.

Robert started his journey with the world’s leading luxury hospitality company in 2017, as Director of Public Relations and Communications at Four Seasons Hotel Abu Dhabi at Al Maryah Island. Eager to take on new challenges, he moved to Boston in 2019 to join the pre-opening team on the city’s second property, Four Seasons Hotel One Dalton Street, Boston. The COVID-19 pandemic offered Robert an opportunity to extend his experience outside of the brand at SunSwept Resorts in St. Lucia, albeit with every intention to one day return, which he did in Nashville six months later.

"In the midst of very challenging times, the opportunity to relocate to Saint Lucia and work on the re-opening of two resorts in the Caribbean was one that I gained a lot of great experience from,” he says. “To have extended my expertise in a resort environment in a new region of the world was so valuable."

Being part of the team at Four Seasons Hotel Nashville, a city that Robert feels great affection for, has been a dream come true. “I feel incredibly fortunate to work in such a buzzing, vibrant city and feel so inspired as I walk around witnessing first-hand the creative renaissance that’s happened here across so many art forms,” he explains. “The eclectic neighbourhoods with their distinctive energies, the wonderful live music scene across all genres, the arts, sports and entertainment on offer all stack up to be an experience here like no other.”

A British national, Robert’s extensive international expertise spans sales, marketing, branding and communications, and a diverse skill set that highlights his deep understanding of brands and how they connect to consumers.

“Our guests at Four Seasons desire unforgettable luxury experiences that allow them to discover this vibrant destination in a quintessentially Four Seasons way. I’m working with this incredible team on doing just that,” he explains. “I am personally excited about the energy that Mimo Restaurant and Bar brings, by the incredible culinary talent of Chef Nello Turco, an outstanding bar team and a live music program that bring the freshest local talent into the Hotel across all genres.”

Robert holds a BA in Business Administration (Honours) from Anglia Polytechnic University, United Kingdom, with a specialisation in Marketing, in addition to a Certificate in Hospitality Marketing from Cornell University School of Hotel Administration in Ithaca, New York.