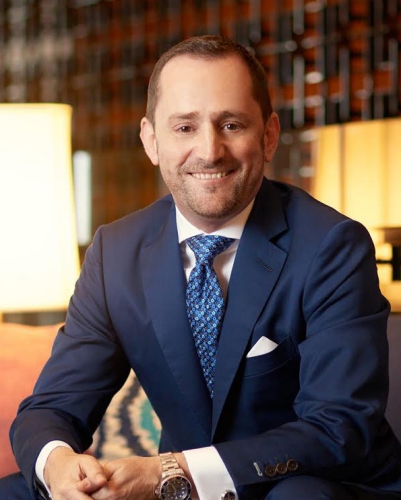 “Each Four Seasons hotel must earn its reputation with every guest, every day.”

Simon Casson oversees Four Seasons hotel operations across a portfolio that ranges from palace hotels in Europe to glittering skyscrapers in the Middle East and hideaway beach resorts (and one luxurious safari lodge) in Africa.

Each project brings something new, whether it’s a ground-up build, a careful restoration or conversion of an established hotel to the Four Seasons brand. Simon works collaboratively with hotel owners and Four Seasons corporate and hotel teams to ensure that each property’s unique attributes and each destination’s culture are reflected in everything from guest room design to restaurant concepts, spa experiences, event spaces and more.

Incredible properties attract guests, but it’s what happens inside that brings the story of Four Seasons to life.  Simon views his role, and that of every Four Seasons employee, as a brand ambassador, exceeding the expectations of even the most well-travelled guests with the customised service and individual experiences that will continue to be the cornerstone of the company’s success.

Simon supports all hotels in the region in this mission, and has a well-earned reputation for developing talent. With several decades of service with Four Seasons himself, he’s adept at bringing the best out of the people who are the company’s greatest assets.

“The simple desire to make people happy is one of the most important attributes of a Four Seasons employee,” he says.  At his most recent hotel assignment, Simon counted staff from 53 different countries, including a significant number who had never worked in a hotel before someone at Four Seasons saw a passion worth cultivating.

“The more we achieve, the more we attract the best people.  By creating a fertile environment where our employees are given the freedom to make on-the-fly decisions and bring forward fresh ideas, we are able to deliver on our brand promise.”