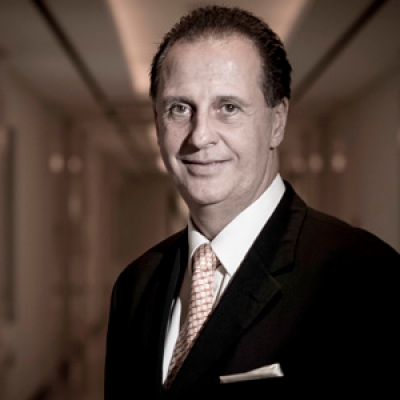 "There is nothing more rewarding than to see the happiness that shines through the eyes of our guests when we were able to exceed their expectations."

Michael Branham’s career with Four Seasons started in 1997 in Jakarta.  Since then he has been working in a variety of senior operational roles across Southeast Asia including Indonesia, Japan, Singapore and Thailand.

After two years in Jakarta as Director of Food and Beverage, during which time he also supported the re-opening of Four Seasons Hotel Sydney, Branham moved to the former Four Seasons Hotel Bangkok in the same capacity in 1999. In Bangkok, he started the first World Gourmet Festival at the hotel, which grew into a widely popular event in the city.

Branham’s next move took him to the magical island of Bali, overseeing two properties, Four Seasons Resort Jimbaran Bay and Four Seasons Resort Sayan. During his tenure as a General Manager in Bali, Branham worked hard to complete several renovation projects along with the opening of the Sundara beach club. Shortly after its opening in 2013, the beach club was listed among the top 50 beach bars in the world by CNN.

Returning to Thailand the second time, Branham is based in Chiang Mai to be the General Manager of both Four Seasons Resort Chiang Mai and Four Seasons Tented Camp Golden Triangle.

Branham still remembers his first interview many years ago at Four Seasons with Alfons Konrad, then the Corporate Vice President of Food and Beverage. “Alfons sold me on Four Seasons by describing to me the five-star ambience of the properties and the great lengths the company would go to create a memorable guest experience,” he recalled. “I knew then this is where I belong.”

Now as the General Manager of Four Seasons Hotel Hangzhou at West Lake, Michael Branham feel that it’s a place be worthy of our exploration and discovery.

“Simply stay in Four Seasons Hotel Hangzhou at West Lake is not enough to enjoy these amazing surroundings with the many experiences from the cultural highlights of temples, pagodas, the boat trips on the West Lake, hikes into the Longjin tea hills, bike rides through the wetland areas, the silk, tea and scissor museums, my favourite tea house with its delicate tea ceremony, the Chinese food of this region including our award winning Chinese Restaurant Jin Sha, the Chinese wine tastings by our sommelier, Tai Chi and Qi Gong in our gardens, the walks along the lake shore with the aromas of the wonderful osmanthus flowers in the air during the autumn season, the evening cocktail overlooking the lagoon to the sounds of the soothing traditional guzheng instrument, the amazing Sound Treatment in our award winning spa, and an hour with our Chinese kitchen team to learn how to prepare our Chinese signature dish, or an introduction to ancient Chinese medicine and its benefits,” says Branham.

Branham’s strive of excellence in all aspects of management as well as his keen sense of curiosity to learn about different cultures – coupled with his love of good food and fine wine - remain his inspirations.

Branham is an avid outdoor sportsman, taking time to run, hike, cycle and ski, all of which he best enjoys with his two sons. Along with being a Renaissance man, Branham is also known for his silky-smooth voice and has been recognised as the “Best Singer” among Four Seasons General Managers by winning the coveted Golden Plastic Microphone Award!

Sharing his passion and journey are his wife, Renata and their two sons, Daniel and Benjamin.