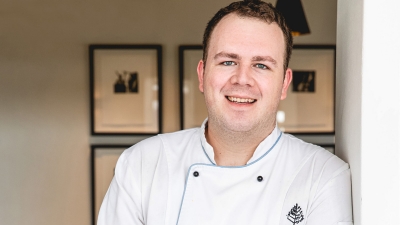 “As a chef, I am strongly guided by my senses. Whether it is the crunch of autumn leaves that triggers an idea for new textures on a plate or the aroma of a childhood dish that sparks fresh creativity for a modern interpretation, inspiration can come from anywhere.”

From the age of seven Daniel Payne's love for food began while cooking with his mom and gran, which spirited his ultimate passion for food. Chef Daniel's career started at the International Hotel School having completed a diploma in professional cookery and kitchen management. During this time Chef Daniel joined some of Johannesburg’s top hotels as a trainee chef gaining as much experience as he could. He then joined the Junior Culinary Team of South Africa for four years working under Klaus Beckmann, who was the former executive chef of the old Westcliff Hotel. During his time on the South African team, he competed in both local and international competitions including the International Young Chefs challenge in Korea and The African Culinary Cup. He joined Four Seasons Hotel The Westcliff as part of the opening team at Flames Restaurant as Chef de Partie and moved his way up the ladder. During this time, he went on task force to Grand-Hôtel du Cap-Ferrat, A Four Seasons Hotel in France, gaining invaluable experience in both the all-day dining and signature restaurant Le Cap, prized for its Michelin star. Having worked under multiple Michelin-starred chefs has groomed him for his role as Executive Chef of the Hotel.

“Inspiration for a dish can literally come out of anywhere,” remarks Chef Payne. “Walking through crunchy autumn leaves can ignite an idea or a smell will trigger a food memory. It can come from a suggestion or a tradition – that is the nature of food, it's evocative.”