Embark on a fascinating visual journey through Malaysia’s Kuala Lumpur, where diverse cultures and artistic influences combine to form a vibrant, eye-catching landscape. In a place where ancient rainforest rubs shoulders with soaring skyscrapers, perspective is simply a matter of where you’re standing. Located in the heart of the city, Four Seasons Hotel Kuala Lumpur is the ideal base for travellers to explore the richness of this unique destination – and take some stunning Instagram pictures.

1. Petronas Twin Towers
Situated next to the Hotel, these 88-storey twin towers define the modern cityscape of Kuala Lumpur – a symbol of the country’s soaring ambitions and aspirations. Four Seasons guests can capture these iconic structures from a myriad of angles and at different hours. By day, the towers are lofty and striking; at night, they take on a dazzling aspect, glittering against the darkened sky.

3. Thean Hou Temple
This six-tiered Buddhist temple, also known as the Temple of the Goddess of Heaven, is a wonderland of colour and imagery. Stately pagodas and intricate carvings form a spectacular backdrop, with quaint features at every turn – from a tortoise pond, to a medicinal herb garden. The hilltop temple also offers panoramic views of Kuala Lumpur.

4. Zhongshan Building
Connect with the city’s flourishing creative community and get some great pictures in the bargain. Dating back to the 1950s, the Zhongshan building was originally an interconnected shophouse. Now repurposed as an independent arts hub, it is home to a gallery, a risograph printing studio, a standing café, a record store and a bookstore.

5. Nautilus Staircase
With a design that reflects the whorled shells of sea creatures, this spiral staircase is a symbol of the never-ending quest for knowledge. It is housed in the National Bank of Malaysia’s museum, where you can delve into the country’s financial history before heading upstairs for a fabulous shot of the Nautilus Staircase.

6. Bamboo Playhouse
Located in the picturesque Perdana Botanical Gardens, the Bamboo Playhouse is sure to find a special place in your heart as well as your reel. Inspired by traditional Malaysian pavilions, the airy bamboo structure is wrapped in verdant vegetation and features 31 interconnected, elevated platforms.

7. Laman Seni 7
Welcome to a world of rainbow hues and playful pictures at Laman Seni 7, a two-block area filled with vivid murals created by some of Malaysia’s most talented street artists. The open-air gallery is designed to be interactive, so go ahead – strike a pose, take a selfie and join the fun.

8. Merchant Lane
Formerly a brothel, Merchant Lane on Petaling Street is now an atmospheric café with gorgeous Orient-inspired interiors and charming details, such as vintage objet d’art and floral motifs on the walls. Come for the visual feast, stay for the Malaysian fusion menu.

9. School Kids Mural
If you’re heading to Petaling Street, don’t forget to visit the “School Kids in a Riot” mural, a thought-provoking work of street art by Ernest Zacharevic. Four Seasons Concierge recommends an early morning start; once the workday begins, the mural gets blocked by parked cars.

10. Instagram Escalator
This remarkable escalator is located in NU Sentral, a trendy mall that is easily accessible from KL Sentral station. Nicknamed the Instagram Escalator by the city’s millennials, it is back-dropped by geometric grills and the cityscape beyond. The views are equally compelling from the top as well as the bottom. 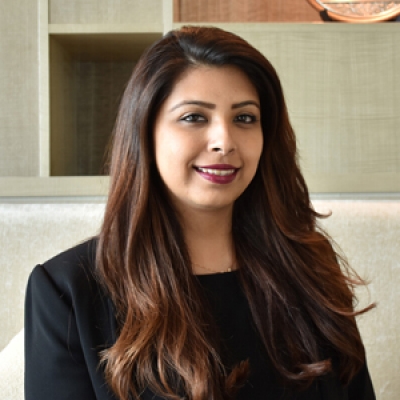