Four Seasons Resort Langkawi has been named Geopark Partner by the Langkawi Development Authority (LADA) in recognition of its outstanding contribution towards Kilim Karst Geopark, Southeast Asia’s first UNESCO Geopark. Highlighting the Resort’s one-of-a-kind Geopark Discovery Centre, the coveted award makes note of its key role in promoting sustainable development, enhancing the visitor experience, and sustaining the local economy and culture. The highly-innovative design of the Geopark Discovery Centre is based on the collaborative vision of Hotel Properties Limited (HPL), the owners of Four Seasons Resort Langkawi, and Duet Design.

“We are delighted and humbled at receiving this honour,” says General Manager David Macklin. “Given that we are located in one of the world’s most fascinating natural environments, our team takes its stewardship responsibilities very seriously – be it educating our guests and helping them discover Langkawi beyond its famed beaches, or partnering with the local community to preserve the island’s priceless heritage.”

In addition, Chief Naturalist Aidi Abdullah has been renewed as a Langkawi Geopark Ambassador for the next three years by LADA. The prestigious appointment reflects Aidi’s incredible work in environmental protection and natural resource conservation at Four Seasons and beyond. In this role, Aidi will continue to be responsible for cultivating awareness, interest and conservation efforts for the UNESCO Geopark, alongside his day-to-day responsibilities at the Resort.

“Kilim Karst Geopark is one of the most diverse tropical eco-systems on the planet,” explains Aidi, noting its 550-million-year old history. “I’m honoured to help safeguard this treasure, so that future generations have the same opportunity to witness Langkawi’s rare wildlife species along with stunning geological formations and fauna in its natural habitat.” A 16-year Four Seasons veteran, Aidi has played an instrumental role in bringing about several positive changes for the Geopark, including lowering of boat speeds to reduce carbon emissions and oil spills, as well as an annual mangrove planting exercise.

Led by HPL’s inspiring vision and Aidi’s passion, the Geopark Discovery Centre at Four Seasons Resort Langkawi offers a unique gateway to the island’s millennia-old wonders. Explorers are welcomed by a walkway winding through lush mini-mangroves and ponds, evoking the magical experience of actually going into the mangrove jungles.

Inside, through a series of interactive presentations and immersive displays, the team guides visitors through the region’s spectacular rock formations alongside habitats as diverse as rainforests, mangroves, caves, sea stacks and saltwater lakes. An interactive iPad app, created especially for the Centre, makes the experience even more engaging and enjoyable. Afterwards, guests can join experienced naturalists for a deeper exploration, from the Resort’s impressive rock-climbing outcrop to the wildlife-filled mangroves of the Kilim Karst Geoforest – just minutes away by boat. 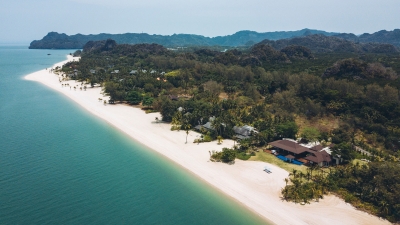 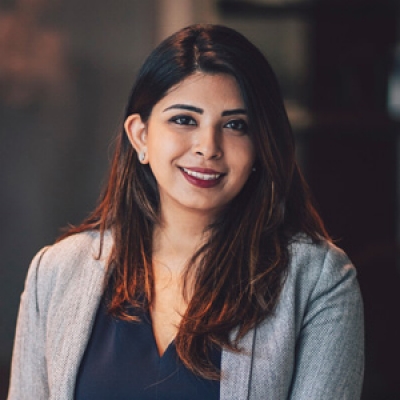