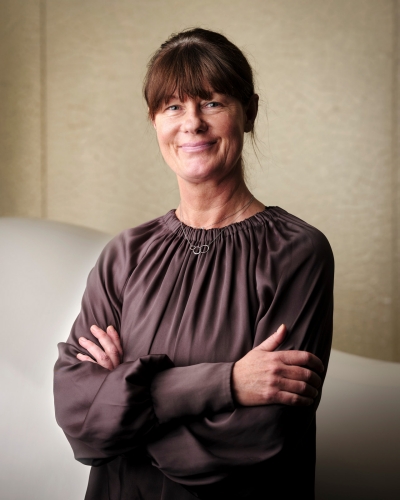 Born and raised in South Africa, Taffryn Ellis first began her wellness journey in her hometown of Stellenbosch, where a healthy lifestyle was an integral part of her every day, and a natural way of life for her family.

“Growing up in South Africa, you are automatically exposed to nature in the best way – with everything from glorious sunshine for vitamin D to organic homegrown ingredients for nourishing food and skincare. I was interested in wellbeing before I really understood what it meant to the wider world,” Taffryn reflects.

In her early career Taffryn worked at several leading luxury spas across South Africa, Swaziland and Mozambique including Saxon Hotel & Spa and Graff Lodges & Spa in South Africa, consulting as part of the pre-opening team, playing a pivotal role in the spa’s initial success.

After developing her craft over 30 years and establishing herself as a well-respected authority in the wellness industry, Taffryn moved to the UK to be with her children and wider family in 2018. It was then that Taffryn’s Four Seasons career began and she took the position of Spa Director at Park Lane. “I knew straight away that Four Seasons was the right place for me. Coming from South Africa where natural daylight was so important to me, visiting London spas located in the basement left me feeling uninspired. On my first visit to Park Lane, as soon as I saw that the lift button was pressed to go u’, it instantly made me smile and I felt a connection there and then,” Taffryn comments.

Since joining Four Seasons, Taffryn has continued to inject her passion into its unique rooftop Spa, bringing the same core values and focus on natural wellbeing that she had in sunny South Africa. Her holistic approach to wellness underpins everything she does, while being a firm believer in both scientific techniques and natural ingredients for results-driven experiences. This passion is reflected in The Spa at Four Seasons Hotel London at Park Lane treatment menu, which is hand-picked by Taffryn to cater to wellness elements most important to her: detox, sleep, immunity.

Outside of The Spa, Taffryn ensures she looks after all elements of her wellbeing, including spiritual, mental, emotional and physical health. “I am constantly researching the wellness world, meditating, running and working out with my trainer, and just as importantly, spending time with people and serving them: my friends and family, colleagues and guests. It’s a way of life for me, and a passion I’m very fortunate to share with others to help discover their own passion for health and enrich their life.”