Morocco, land of coexistence for several centuries, is a culturally rich country. Festivals and events follow one another throughout the year in every corner of Morocco - let’s take a trip together around the country to discover the ultimate festivals it has to offer as recommended by Resort Marrakech.

This festival in Marrakech is the first to set the bar so high on the African continent. It showcases the best of house, disco and electro music. Facing the Atlas Mountains, you can enjoy a beautiful landscape and dance to lively music all night long. The lineup features international talent and famous DJs from all around the world, as well as from the burgeoning Moroccan music scene. It is held every September for three days.

Since 1998, this festival gives a large place to the Gnaoua’s talents (artists descended from the former slaves), and to other traditional Moroccan and African music. This festival of world music is a pioneer in the Moroccan culture. The program includes open-air concerts, training workshops, round tables, exhibitions and screenings. Master musicians perform all night long singing and dancing until exhaustion. Music and art in all their forms fill the city, exhibitions multiply, and orchestras improvise. Also on the program: symposiums and debates, exhibitions, literature, poetry and more - it is an authentic Moroccan musical and cultural event. It is held each June for four days in Essaouira.

Created in 2001 by the King Mohammed VI, its purpose was to promote and develop the art and film industry in Morocco.

The Marrakech Festival is distinguished not only by the quality of its program planning, but also by its editorial and artistic positioning, which favours a great cinematographic opening. Each year, the event offers a wide film selection of different genres and nationalities, tributes, favourites in Moroccan cinema and films in audio-description for non-visually impaired. This Festival remains the only festival without censorship in the Arab world, with screenings entirely subtitled in English and Arabic. It also has a mission to open the gates for young talents, thanks to its “Cinécoles” competition that rewards the best short films of cinema students of the Kingdom.

This festival is held every month of May and lasts two days. It celebrates the arrival of roses in the Dades and M’goun’ Valleys. In this area, the rose is picked by hand at sunrise during the first three weeks of May. The flower is then distilled in order to extract the essential oil used for its virtues in cosmetics, in the pharmaceutical industry and in pastry. Thousands of visitors come to enjoy the program made of folk songs and dances, parades and a craft sale.

Created in 1994, the event brings together artists of international notoriety from all over the world, whose purpose is to “reconcile men” with music including a celebration of spirituality, a dialogue of cultures and religions. Since its creation, the festival has enjoyed increasing success. It was designated in 2001 by the United Nations as one of the outstanding events that has contributed remarkably to the dialogue of civilisations.

Created in 1960, it is one of the oldest festivals in Morocco. This festival is a cultural event that reflects the richness and diversity of folk arts in Morocco, but also an artistic event that has always been open to the international audience through the participation of groups from all over the world in the spirit of interaction, melting-pot and fusion.  It showcases dances, songs and costumes including Atlas dances, Gnaoua dances, Saharan dances, and more.

Mawazine Festival in Rabat and Salé

This festival is part of an approach to open ourselves to the world’s cultures, offering the public a musical journey coming from all over the planet. During May and June, it showcases nine days of festival, ten themes (international, oriental, Moroccan, young music etc.) spread over the city, and more than 100 shows. Fify countries are represented and gather artists, exhibitions and exceptional shows (such as original creations, master classes and circus), most of them being free.

This festival is a tribal gathering in Imilchil village in the Atlas Mountains. In few days, more than 30,000 nomads converge, and in a few hours they set up an immense village of Berber tents. Farmers, merchants, pilgrims, gathered to pray the holy marabout, to make their purchases, to meet again, and to celebrate.

The distinctive characteristic of this festival is the wonderful collective ceremony of the engagement. Even though this engagement party has become very touristy, it still allows the Berber tribes of the region to forge ties.

This festival, created by Jamel Debbouze, brings together Moroccan and foreign humourists of national and international renown. It is held every year at the beginning of June in Marrakech. The program includes sketches, dance shows, music, meetings with artists, and more. Among the greatest comedians who regularly attend this festival of laughs are Gad Elmaleh, Franck Dubosc and many others.

This festival is held every year in Casablanca in April and presents many jazz-fusion concerts. It hosts Moroccan and international jazz singers. In addition to the concerts, the public can participate in jazz initiation workshops, meetings with artists (reserved for VIP guests), improvised musical sessions and musical parades in the streets. At the end of the concerts, there are the after parties, which can last until late hours.

For any arrangements, please contact our concierge team who will be delighted to organise tickets, transfers and share with you their recommendations. 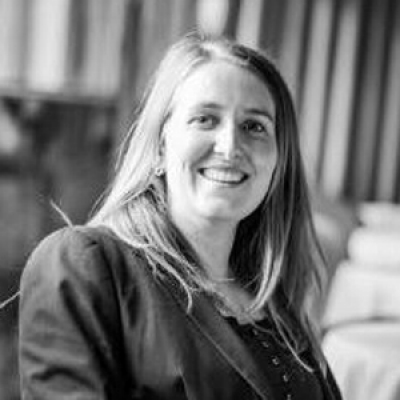