The Award Winning Four Seasons Resort Maui at Wailea Welcomes Back Ben Shank, Who Returns to the Property as General Manager

Maui’s legendary Forbes Five-Star Four Seasons Resort Maui at Wailea ushers in a new chapter with the return of Ben Shank as the Resort’s new General Manager in July 2021.

Most recently serving as the General Manager at Four Seasons Hotel Philadelphia for the past five years where he led the property opening, Shank marks his return to Maui with more than two decades of experience with the leading luxury hospitality brand. Raised in the City of Brotherly Love, Shank launched his career with a part-time summer position as a busser at the original Four Seasons hotel in Philadelphia in 1999, where he not only learned the art of making a perfect cappuccino but also fell in love with hospitality and ultimately made the decision to switch his major, earning a degree in hotel and restaurant management from Penn State University in 2001.

Having worked his way across the country and up the ranks with Four Seasons Hotels and Resorts since 1999, Shank ventured to Maui in 2010, where he served as the Director of Food and Beverage for two years, through which he developed a strong cultural appreciation for the island. During his time at the property, Shank also dreamed up the idea of the FS Taste Truck, which went on to celebrate regional cuisines, visiting sixteen Four Seasons hotels across the continental United States.

Other notable career highlights include the opening Resort Manager at the company’s address at Walt Disney World in Orlando, the city’s first luxury property, and the Resort Manager of Four Seasons Resort Scottsdale. In his most recent stint as General Manager of Four Seasons Hotel Philadelphia at Comcast Center, Shank oversaw a landmark of innovation and a bold new stroke of luxury hospitality within the highest situated hotel in North America, earning the city’s first-ever coveted Forbes Travel Guide Five-Star rating for the hotel and its spa. Taken together and by any measure: quite a Four Seasons tenure.

“This is a truly special homecoming to return not only to Maui but also to Four Seasons Resort Maui in this esteemed new role and capacity. I look forward to diving back in and embracing the culture and unique experiences that the island and Resort have to offer. I am proud to be back, working side by side with a dedicated team of the best and brightest hospitality professionals, and look forward to supporting and honouring the vision that they have created,” says Shank, who is not averse to rolling up his sleeves and pitching in alongside his team - the epitome of heartfelt hospitality.

In his new role as General Manager at Four Seasons Resort Maui, Shank brings his polished skills to the forefront to ensure guests get the most out of their visit to the culturally rich and stunningly beautiful island of Maui. After a year spent largely indoors, Ben brings a fresh perspective to the reinvigoration of travel and creating memorable and Unforgettable Experiences that will last a lifetime, including the Fire & Wine experience set at an estate that dates back to the rule of King Kamehameha III that promises a next level tour of tastes and tales, and the Malama Hawaii experience, which encourages responsible travel by rewarding guests who volunteer for shoreline debris monitoring and clean-up work in collaboration with the non-profit Pacific Whale Foundation.

Shank is thrilled to be back on the island to revisit familiar old local haunts and explore all that Maui has to offer with his wife, Jen, and children by his side. “We’ve been blessed to have lived in so many wonderful destinations throughout my career, but I can’t think of a better place for our kids to grow up.” 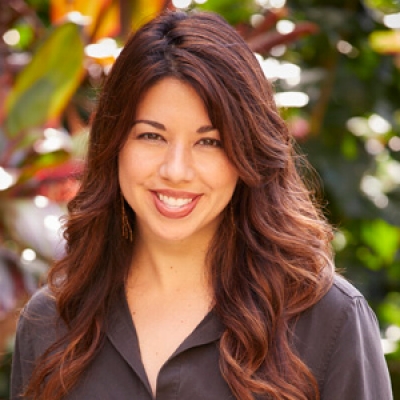