Exploring the slopes and mountains of Megève means discovering nature at its finest, swapping the hustle and bustle of city life for a picturesque village that is steeped in tradition and history. A popular ski destination, travellers have been visiting Megève for many years, but here are five things you may not already know about the home of Hotel Megève.

Just after the First World War, Noémie de Rothschild, wife of Baron Maurice de Rothschild, was visiting St. Moritz in Switzerland and she dreamed of creating a similar ski resort in France, offering an exclusive atmosphere and a distinctly French character. In 1920 she began the construction of the first hotel, with more and more infrastructure, including ski lifts and an airfield gradually put in place to ensure the resort’s long term success. The brainchild of Baroness Noémie de Rothschild, Megève has long since been considered a ski destination that oozes elegance, style and a traditional charm that has captivated visitors for decades. To continue the legacy of the family’s ultimate ski resort destination, the Baroness de Rothschild has worked hand-in-hand with designer Pierre-Yves Rochon to influence the design and build process of the family’s first hotel to be managed by . Today, continues to build upon this legacy by offering an experience unrivalled by any other hotel in the Mont d’Arbois region and maintains its close connection to the Rothschild family heritage by displaying artworks donated from the Baroness’ private collection.

Spread over 50 hectares (125 acres) and only a five minute drive from , the Golf du Mont d’Arbois  has become a leading name in mountain golfing, offering a high quality course in a picturesque location. Four years ago, Steve Muller, Greenkeeper at the Mont d’Arbois golf club, began taking care of the golf course in a new way, in order to promote biodiversity and the biological activity of the soil. Using natural products to treat the soil, free from herbicides and fungicides, the aim was to cultivate the different types of grass that grow naturally in the mountains as they are better adapted to deal with the varying weather conditions that the course is exposed to. By recycling vegetal waste to create organic compost and by taking care of the surrounding trees, the Mont d’Arbois golf course enjoys a naturally beautiful landscape and blends seamlessly into the mountainous surroundings, thanks to the flora and fauna that remain unspoiled and the eco-friendly approach to managing the environment.

A Tale of Two Seasons

Although traditionally created as a ski resort destination, some say that Megève is actually at its best during the summer. When the sun comes out, so do the natural wonders of the mountains, creating an alpine playground that can be enjoyed by the whole family. Active visitors can revel in the opportunities provided by the mountains, such as hiking, cycling or canyoning, while those wishing to relax can simply stroll around the village enjoying fine wines, gastronomy and shopping. During the winter months, the destination changes entirely, with the area having access to 400 kilometres (250 miles) of pistes and 235 ski runs, perfect for beginners and more advanced skiers alike. Even non-skiers can enjoy the winter wonderland of Megève with a Winter Golf competition at the Mont d’Arbois Golf Club, traditional sled rides and more than 60 mountain restaurants hosting some of the most exclusive après-ski events in the region.

Megève is a Foodie’s Paradise

With 89 restaurants and many more gourmet boutiques, Megève is a true gourmet’s paradise. Many artisan producers create delicacies that can only be found in Megève and their boutiques are often tucked away among the village’s charming cobbled streets, so stumbling across them offers a real treat for foodies. The destination is also home to three Michelin-starred restaurants, with a total of six stars between them, which is quite an achievement for such a small, historic town. Guests at need not go far to start their culinary journey, as the Hotel is home to two Michelin-star Chef Julien Gatillon at Le 1920.

A Place of Historical Significance

As well as being the first ski property venture of the de Rothschild family, Megève is a destination that has seen many firsts. In 1930 the house of Allard invited the first "ski-pants," a skin tight, aerodynamic ski trouser named the fuseau, especially for the local ski champion Emile Allais, who later went on to win three gold medals at the World Skiing Championships in Chamonix in 1937. In 1933, Megève opened the iconic "red rocket," which was the first cable car built solely for the use of skiers, a feature that set the destination apart from the rest and solidified its position as a luxurious, innovated ski resort. This cable car was created under the initiative of Noémie de Rothschild, and was inspired by the system used by local farmers to bring equipment up in the mountains and bring wood down to the village. Megève received more international fame when the Audrey Hepburn and Cary Grant film Charade was filmed here, and in 1969 Megève featured in Robert Redford's film Downhill Racer. Today Megève receives international accolade for its world-famous Golf du Mont d’Arbois designed by English professional golfer Henry Cotton (who was a friend of Baron Edmond’s, Benjamin de Rothschild’s father) and makes gastronomic history with its produce and Michelin-starred restaurants. 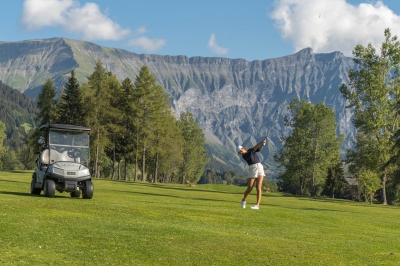 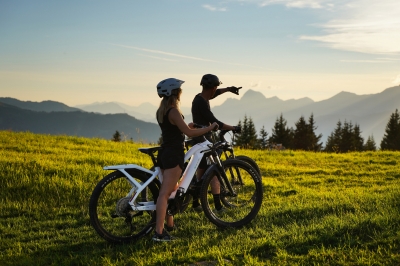 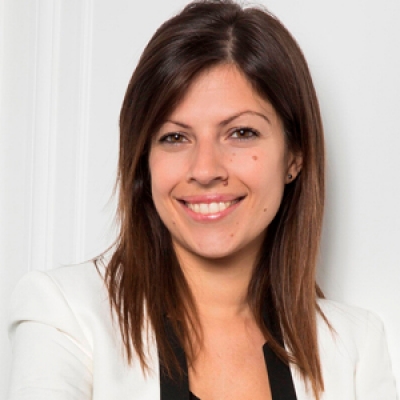