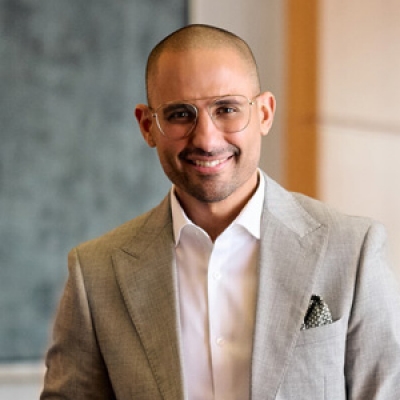 "I am so privileged to be working with a group of such warm, kind and caring employees whose mission is to do ordinary things extraordinarily well."

A true world resident, Ali Mohammed has travelled extensively throughout his career with Four Seasons, starting with the company in 2000 when he joined the opening team at Cairo First Residence as a Security Officer.

After making the transition to Housekeeping as a Supervisor, Ali moved to Riyadh as Housekeeping Assistant Manager.  He then joined the opening of the company’s former property in Great Exuma and lent assistance to the opening of Cairo Nile Plaza as Assistant Director of Housekeeping.  In 2005 he headed west to Toronto to further his Rooms experience, followed by the Maldives, Landaa Giraavaru, as Front Office Manager in 2007.  A year later, Ali was promoted to Assistant Director of Rooms at Damascus, where he worked for three years before returning to the Maldives at Kuda Huraa as Director of Rooms. In 2013 he was promoted to Resort Manager at Tented Camp at Golden Triangle, with a short stint at Chiang Mai, followed by Alexandria in the same position.  Most recently, he has been the General Manager at Whistler, playing an instrumental role since early 2017.

As a passionate traveller, Mohammed grasped life experiences wherever he landed, whether he was horseback riding in Egypt, diving with whale sharks and manta rays in the Maldives or hiking and road cycling through the mountains of Whistler. He enveloped himself in the culture and feel of each place, leaving with strong, life-long friendships.

“Hospitality is almost impossible to teach, it is all about hiring the right people,” he says. “I am so privileged to be working with a group of such warm, kind and caring employees whose mission is to do ordinary things extraordinarily well by intuitively serving our guests and making them feel home and always wanting to come back.”

An Egyptian national, Ali holds a Bachelor's Degree in English Literature from Cairo University and is fluent in English and Arabic. He is a fitness enthusiast who loves the outdoors, including road biking and water sports.  Ali is also very passionate about the Hotel and its employees, and is thrilled to be taking on this next assignment.