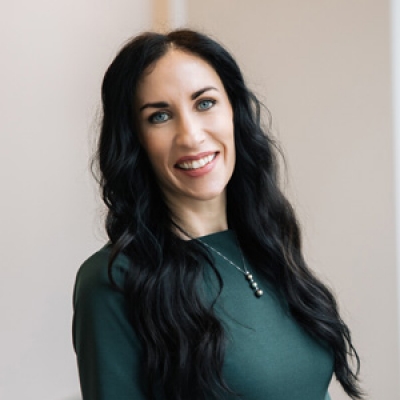 LeAnne Latham’s story starts on a family farm in Wisconsin. And thanks to an adventurous spirit, a passion for travel and a gift for taking care of others, LeAnne has spent much of her nearly 20-year career working in and running spas across the globe. Now, she’s thrilled to return to her Midwestern roots as Director of Spa for Four Seasons Hotel Minneapolis.

Between international stints, LeAnne has touched down in the Midwest at points during her career. This time, however, she feels it’s for good. “Minnesota offers many aspects of wellness: spiritual, emotional, environmental, employment, support systems,” she says. “Plus, there’s nothing like Midwest family bonds. They run so deep.”

As the leader of Four Seasons Spa in Minneapolis, LeAnne curates wellness offerings and programs that suit travellers and locals alike. “I want to create an environment where guests feel the emotion of being safe and home,” she says.

LeAnne is no stranger to building a wellness concept from the ground up. As founding creative director of Anda Spa in downtown Minneapolis, she was tasked with designing, conceptualizing and building out their 16,000-square-foot (1,500 square metre) space, which housed a spa as well as a fitness and wellness centre.

Her resume also includes management positions at Hyatt’s Na Ho’ Ola Spa in Honolulu, Forme Spa & Wellbeing in New Zealand and at Life Time Fitness & Spa, most recently as Area Manager of the Pacific, where she was responsible for the oversight of six locations in three states. LeAnne is also a dedicated practitioner and is licensed in five states as a massage therapist and master esthetician.

She feels grateful to work in the hospitality world — even if it does seem to be almost inevitable. “Hospitality speaks to the person who has a little bit of party in them. You’re the person who is entertaining; you have a service mentality. You help them savour their triumphs and get through their tribulations,” she says. “That service mentality fills my cup. Hospitality offers the feeling of wholeness you get when you have helped somebody. It’s human nature.”

LeAnne is also grateful for the role that the entire Four Seasons Hotel Minneapolis team can play at this particular point in time, after the world has experienced — and continues to experience — challenging historical moments. “We have the opportunity to shine a light on what human nature is capable of, to get back to positivity, friends and family, and fun social environments,” she says.

In her off-hours, LeAnne find her own zen by prioritizing fitness, getting her hands dirty in her garden, and escaping to the water. Whether it’s the Boundary Waters, the St. Croix River, or one of the state’s 10,000 lakes — specifically the one on which she lives with her husband, David, step-sons Mason and Tristan, and her two French bulldogs Leo and Max — it’s where she centres herself. “Water speaks volumes to me,” she says. “It brings a lot of tranquility to a fast-paced lifestyle. It speaks to your soul.”