Four Seasons Resort and Residences Napa Valley, the highly anticipated luxury resort in the heart of California’s famed wine region, announces the appointment of Shaun Acosta as its Executive Resort Chef. Following his tenure of more than a decade with Four Seasons properties in New York and Hawaii, Acosta joins the property alongside nationally acclaimed Erik Anderson, Executive Chef of TRUSS Restaurant and Bar, which is located on-site, establishing Four Seasons Resort and Residences Napa Valley as a world-class culinary destination with unparalleled talent.

As Executive Resort Chef, Acosta will oversee the open-air Campo Poolside, conveniently located between the Resort’s two picturesque pools overlooking the vineyards, serving delectable Cal-Mexican fare and poolside favourites that change with the seasons to highlight Napa Valley’s bountiful, fresh produce. Acosta will also manage the Resort’s banquet offerings, including weddings, social events, meetings, incentive travel programs and more, curating exquisite, tailored culinary experiences for a variety of occasions. Additionally, Acosta will spearhead the Resort’s elevated In-Room Dining program, featuring an extensive menu for guests to enjoy from the comfort of their suite or terrace, as well as drive experiences in the Demonstration Kitchen alongside Chef Anderson and the Resort’s culinary team, food pairings at the on-site winery’s Tasting Room, and more. Menus and additional details will be announced in the coming months leading up to the resort’s early 2021 opening.

“I am thrilled to be back in Northern California with Four Seasons Resort Napa Valley – this region is my home and where I began my career, so it’s extra special to be a part of a new resort in one of the most important food and wine destinations in the world,” says Acosta. “Calistoga produces some of the finest and freshest ingredients, and great food starts with those ingredients. I am excited to build a culinary program that showcases everything the region has to offer. At Campo Poolside, guests will enjoy a playful, festive, interactive and customisable dining experience, including iterations of delicious Mexican street food. For the Resort’s In-Room Dining, we’re focused on perfecting the art of luxury room service by creating a ‘restaurant within your room’ experience. With events, from weddings to intimate gatherings, we’re offering custom-designed menus featuring farm-fresh cuisine and grape-to-glass wine offerings, as well as handcrafted cocktails. Plus, we’re dreaming up exciting culinary amenities such as expertly-crafted picnics, custom pairings, pop-ups, experiences in the Demonstration Kitchen, and so much more.”

A Northern California native, Acosta attended the California Culinary Academy in San Francisco and honed his skills at the Hyatt Regency San Francisco as sous chef tournant. In 2006, Acosta embarked on his Four Seasons journey, rising the ranks through a variety of roles on the Big Island of Hawaii at Four Seasons Resort Hualalai, where he became Executive Sous Chef in December of 2013. In 2016, Acosta joined the culinary team at Four Seasons Hotel New York Downtown in Manhattan, where he oversaw the Culinary and Stewarding Departments as Executive Chef and elevated the Hotel’s room service program to create the inimitable Four Seasons In-Room Dining experience.

“Chef Acosta brings impressive experience, unmatched talent and creativity, and a deep understanding of – and appreciation for – the Four Seasons brand and hospitality ethos,” says Mehdi Eftekari, General Manager of Four Seasons Resort and Residences Napa Valley. “Chef’s inherent passion for the culinary arts combined with his unwavering desire to balance simplicity with innovation poises the Resort as a best-in-class culinary destination.”

Four Seasons Resort and Residences Napa Valley is slated to open in early 2021. 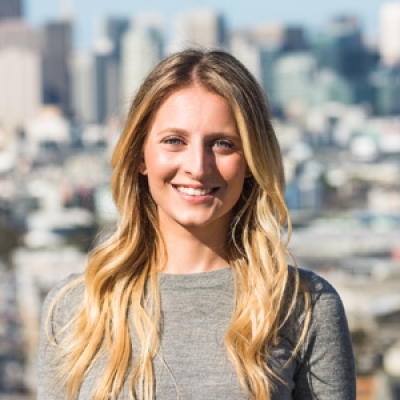