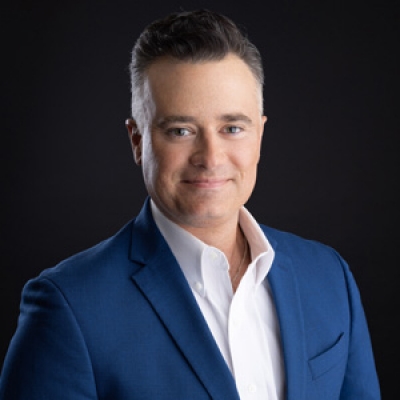 “My passion is in ensuring our guests have authentic experiences that live long in the memory.”

A Four Seasons veteran of 16 years from five previous postings, Bradley Russell’s appointment as Hotel Manager at Four Seasons Hotel Nashville marks quite the homecoming, with the Memphis native returning to lead the team of Tennessee’s first Four Seasons property.

Authenticity is the word that best sums up an individual who has led teams to success in high-profile hotels and resorts across the Four Seasons portfolio since graduating with a degree in Hotel and Restaurant Management from Northern Arizona University.

“You can put it down to my Southern roots and how I was raised if you like, but I’ve never been anything other than myself every day I’ve enjoyed in this wonderful company,” says Bradley. “People I work with know me as driven and focused, but I truly believe that we can all achieve great things working together if we do so with honesty and with a spirit of collaboration.”

As a child, Bradley wanted to study architecture but developed an interest in hospitality due largely to an upbringing that celebrated travel. It was in college, when Bradley worked in hotels and restaurants, that he decided to pursue it as a vocation.

Bradley’s Four Seasons tenure began in 2006 as a Manager in Training at Four Seasons in Scottsdale, Arizona. From there, he rose through the ranks at Four Seasons properties throughout the Southwestern and Western United States, including postings at Four Seasons hotels and resorts in Santa Fe, New Mexico; Las Vegas, Nevada; and Westlake Village, California. After working his way up to Resort Manager of Four Seasons Resort Lanai in Hawaii, Bradley jumped at the chance to return to his home state of Tennessee as part of the pre-opening team for Four Seasons Hotel Nashville.

“Born and raised in Memphis, I was eager to return to my Southern roots,” Bradley says. “Nashville is the most exciting place in the South. Having the opportunity to set a standard of luxury hospitality in downtown Nashville and bring Four Seasons to my home state of Tennessee is truly an honour.”

Since moving to Nashville in January of 2022, Bradley has indulged in the city’s diverse music scene, culinary offerings, and sporting events. A former soccer player, he’s enjoyed cheering for Nashville SC at the new GEODIS Park with his wife and daughter. Returning to Tennessee also means reconnecting with the treasured pastimes of his Southern upbringing: fishing, boating and cooking barbecue. “I’m a true Southern boy at heart,” he says.