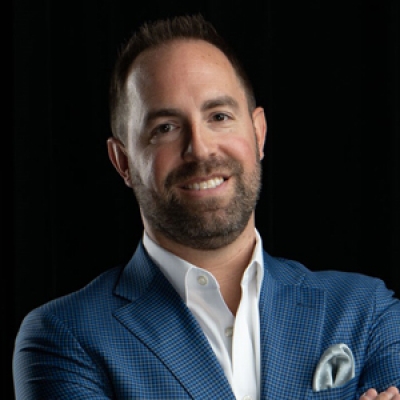 “I’m passionate about developing and inspiring the best team we can find, and encouraging them to shine and leave a lasting impression on everyone who comes through our doors in Nashville.”

A career in music may have eluded Richard Poskanzer, but that didn’t stop him from landing top billing in the heart of Music City as General Manager of Four Seasons Hotel Nashville. “This is really a standout, a Four Seasons unlike any other, with a culture that compliments the southern hospitality this city is known for,” he says. He takes inspiration from those he works with as well as the destination. “Nashville is a feast for so many senses. Like everyone here, I get pure joy from creating outstanding experiences that make people happy and hungry for more. When everything comes together, it’s special.”

Quite a lot comes together under Poskanazer in Nashville. As opening GM, he is proud to weave Four Seasons into the fabric of an incredible city, staffing one of the tallest residential skyscrapers on the skyline, with 40 floors housing 231 guest rooms, 143 Private Residences, Southern Italian-inspired cuisine and a world-class spa. With floor-to-ceiling windows and a private garden terrace on the 14th floor that looks out onto the rolling hills of Tennessee and the upmarket neighbourhood of SoBro below, the property is nothing short of a standout.

“I’m honoured to bring Four Seasons culture, service and experience to Nashville, and to immerse people in what makes this destination so special,” says Poskanzer, adding buoyantly, “There’s no better place to be right now than Nashville, Tennessee!” What of other hotel brands that are already on the city scene? “Honestly, we love the camaraderie and the open arms we have been welcomed with thus far. There’s a rich history of hospitality here, and we are always welcoming to other hotels as they help us continue to strive to deliver our best.”

The key to success for Poskanzer is ensuring his team of 300 is on board for the same, of course. His management strategy, honed primarily overseeing food and beverage operations at Four Seasons across the US, is about trust and collaboration. He strives to promote a team mentality and create an environment in which people can be exactly as they are with natural charisma and service in their heart.

Once a student of the saxophone, Poskanzer started college studying jazz improv with hopes of “teaching music and coaching soccer one day,” but before long switched gears and schools to focus on culinary arts and restaurant management. Part of the program included an externship at Walt Disney World in Orlando. “It was the first time I’d been away from home,” he remembers. “Great company culture, amazing operation – I was blown away.”

Though he was tempted to return to full-time at the end of the program, he instead studied hotel administration at Cornell University. Upon graduation there was a position he pursued in food and beverage at the Four Seasons in Philadelphia, Poskanzer signed on and has been with Four Seasons ever since.

His last stop before Nashville was Four Seasons Hotel Westlake Village, where as Director of Food and Beverage he opened several new dining experiences before becoming Hotel Manager and continued to oversee the renovation of the entire property. He met his wife, a golf professional, on the links at a former Four Seasons in California, and they still get out and play together today. While he is not successful over her on the golf course, if you ask him, Poskanzer will say much of his success in life is attributed to his wife.

Meanwhile, the rewards of Poskanzer’s career choice endure. “Some create things that last forever. What we create is intangible: It can only be enjoyed in the moment, however; our hope is the memories will stay with you forever. For me, there is nothing like inspiring people to come back for those experiences again and again.”