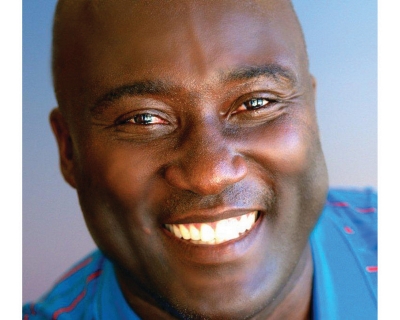 "I am proud to preserve and share the magic and beauty of Nevis. The genuinely friendly people, fresh air, bountiful nature, fun and relaxation, cultural and historical connectivity found in my paradise island are simply beyond compare."

“If you have manners, they can take you around the world without a penny.” That was advice Mac Kee France got from his grandmother, and, it turns out, she was right. “Look at what I’ve done,” says France, Director of Guest Experiences of Four Seasons Resort Nevis, who, more than two decades at the property, has used decorum, drive and a desire to excel to travel on his employer’s dime.

Born on Nevis, raised by his grandmother and adoptive mother and educated at a French university, France was teaching at a local school when he learned Four Seasons was opening a resort. He secured a job as a server and then quickly rose to Assistant Director of Food and Beverage. Then, in 1999, France was transferred to run the sports department, including golf and tennis operations and popular events such as the annual Kids Olympics: “90 percent of my work is with the guests. Fortunately, I’m a Leo, so I have the personality for it.”

Along with more than doubling his teaching salary, the job has offered France the opportunity to experience work stays at other Four Seasons properties. He has taken full advantage, travelling to Maui and Hualālai, Boston and New York, Philadelphia and Punta Mita, and Dallas, where he arrived in time to oversee beverage operations at the annual Byron Nelson golf tournament and to polish his largely self-taught game with a borrowed a set of clubs. Today, France’s handicap is 9 and his clubs are his own: “A very good investment – there’s no better feeling than a set of custom clubs.”

Now on the Resort’s planning committee, France has kicked himself into overdrive considering ways to enhance the Resort experience. “My adoptive mother instilled in me that you can achieve what you want to by putting your heart and mind to it,” he says. Turns out she was right, too.