At Four Seasons New York Downtown we are proud to feature four significant works of art by international artists in the Hotel lobby, readily available for everyone to enjoy.

To help you better understand and appreciate the art installations and their creators, we’ve created this Lobby Art and Artist Information Guide. Please enjoy!

“I’ve been using books as a medium in my work for more than 25 years. Full of possibility, knowledge and power, books are magical to me, familiar and unifying. My Gold Book Tower sculptures represent the world’s history and knowledge, documented and shared, treasured by humanity, across all language and imagery. 1.5 tons of representational wisdom, gilded and stacked, these modern, Babel-like towers carry a symbolic, as well as tangible weight. Looking into the gaps between the books, the viewer experiences a secret, inner world, in a metaphor for knowledge itself,” says Bruno Billio.

Bruno Billio is a Canadian artist working from an interdisciplinary background. At once an installation artist, a sculptor, and a designer, Billio creates challenging works informed by his command of each of these practices. Billio has exhibited internationally in Milan, London, Miami, New York and Los Angeles.

Bruno Billio’s artistic practice is informed by the active displacement and staging of the found object, a contemporary art strategy with a historically established lineage. The everyday is re-interpreted through its spatial and contextual re-appropriation by the artist, who presents himself by proxy as both an interventionist and an inventor. By de-familiarising the everyday object, Billio effectively reinterprets the material and social valence of the object in space. Whether it’s the object’s utility or physical context that is thrown into question in his installations, Billio forces the viewer to confront the fragility of material determinism and the utilitarian dictates of the familiar commodity.

Billio currently lives and works in Toronto, Canada. He has been the resident artist at the Gladstone Hotel on Queen West, in the fashionable art gallery district in Toronto, for the past decade.

"Manna-Hata" is the first recorded name on a map of Manhattan, derived from a Dutch version of the Lenape place-name. This painting is specific to its location and references elements of the island’s modern history. There is an ambiguity as to whether this is a futuristic impression where man-made structures are overrun and taken back by nature or as a predictive forecasting from a point in time where humans have yet to exist. These elements are subtly recorded as traces; shards of light represent the Twin Towers and there are bridge-like structures that give a sense of this place being an island.

The work draws on themes of duality where allure mingles with entrapment and aesthetic beauty meets unfettered exoticism. These paintings depict a sense of abandonment to nature; they are celebratory of flora, a vision of a paradise that also offers pause for reflection on the world we inhabit today.

Orlanda Broom is a London-based artist who has regularly exhibited her work in the UK and internationally for the past decade. Having studied for her Masters in Barcelona in 1997, she travelled and then came to settle in Portugal for five years before returning to London in 2008.

Orlanda’s work has gained acclaim with reputable galleries and collectors. As a self-represented artist, she exhibits with select galleries and her paintings have been regularly included in shows and competitions, including the RA Summer Exhibition and Threadneedle Prize among others. Her work was recently tipped in Money Week magazine to be a sound investment with steadily increasing value and reputation.

This mesmerising installation makes a grand statement as it ascends, soaring several feet into the air. Thousands of hand-crafted strips are linked together to create a form of immense size and beauty stretching multiple levels. It echoes the majesty of a New York skyscraper as it gleams and sways ever so slightly in the stately space of the grand stair. In this piece Sawada has skillfully managed to capture elegance and strength using minimal form and industrial materials.

Studio Sawada Design, founded in 1994, is a dedicated and talented team of artists and designers who create custom art pieces for high profile clients including Armani, Four Seasons, Tiffany, and Louis Vuitton. Drawing inspiration from movement in nature, each unique artwork is site-specific and tailor-made.

Mark Quinn states, “The Big Wheel Keeps on Turning is the story of the planet and everything that lives on it. It is our lives in time. Like the spiral of a shell, the world is in constant revolution.”

He further says, “To me they are actually sculptures of the space-time continuum. By that I mean you have the rings on the outside of the shell, which look and act like the rings of a tree - showing the past of the object - and at the same time, the rings are to me like a map of the turning of the world. Then, on the front surface, you have the highly polished, reflective part, which is of course always in the present moment. This surface is always reflecting the now, and so together the form of the shell is like a found structural diagram of how the present becomes the past.”

Marc Quinn is internationally recognised and one of the leading artists of his generation. He is best known for exploring the relationships between art and science, the human body, and perceptions of beauty; elementary questions of the universe relevant to mankind. He rose to prominence in the early 1990s among the Young British Artists (YBAs) who shook up London’s contemporary art scene with their conceptual works.

Quinn has exhibited in many important group and solo shows internationally including: the Tate Gallery in London, Fondazione Prada in Milan, Victoria & Albert Museum in London, Musée Oceanographique in Monaco, Multi-media Art Museum in Moscow, and The Yorkshire Sculpture Garden in the UK, among many others. Quinn lives and works in London, UK. 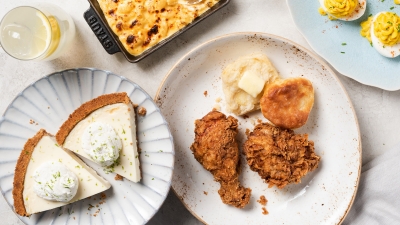 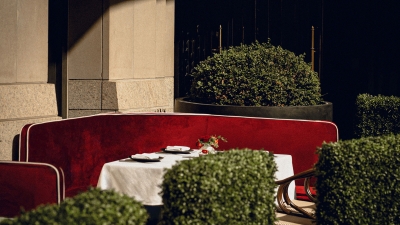