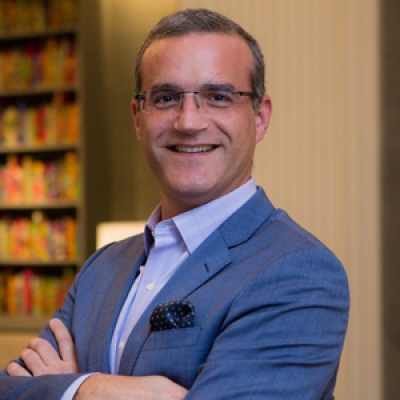 “I truly believe in the importance of enjoying the present moment. I’m passionate about providing ways we can help our guests do the same when they stay with us.”

Demonstrating an already impressive Four Seasons career path across a variety of hotel operations, Jerome Arribas was perfectly placed to join the pre-opening team at Four Seasons Hotel One Dalton Street as Hotel Manager in 2018.

Growing up in the picturesque French town of Saumur, in the Anjou region of the Loire Valley, Jerome was surrounded by high quality local produce and outstanding wines.  This drove him develop a talent for cooking, supported by his first work experience.

“My first taste of hospitality was working for my uncle during school vacations.  I would make sandwiches at his café in Paris,” smiles Jerome, as he looks back on an upbringing in his native France, recounting his early passions.

“I still love cooking to this day.  It takes me back to my beautiful hometown village in France, where I grew up with dreams to be a professional soccer player,” laughs Jerome.  “Any visit to Saumur must include our famous Loire Valley wines, and local cuisine such as goats’ cheese.  If I could be anywhere else in the world right now, it would be there.”

That said, Jerome feels truly at home in Boston.  Acclimating to the city from his previous post as Director of Business Administration at the renowned Grand-Hôtel du Cap-Ferrat, A Four Seasons Hotel, was much easier than he first thought.

“I was immediately drawn to Boston, because of its rich history, and appreciation of arts and culture.  When I’m not in the Hotel, I enjoy exploring the diverse and interesting dining culture that the city offers,” says Jerome.

A hospitality veteran of more than 15 years, Jerome takes on this new role at the modern property from Grand-Hôtel du Cap-Ferrat, A Four Seasons Hotel where since 2015, he was responsible for a multitude of hotel departments.  Indeed, it could be argued that Jerome is somewhat of a pre-opening veteran, now listing his current post as his 5th pre-opening project.

“I love the challenge of bringing a team together to get the best out of them.  Pre-openings involve some tough moments, but I believe that beyond the hard work, it is crucially important to have fun and enjoy the experience,” explains Jerome, demonstrating a very personable side to an immediately likeable, commercially focussed hotel operator.