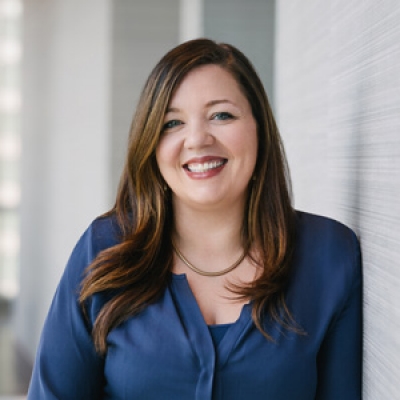 “My true passion is to create positive lasting memories for every person I come in contact with. To be able to provide that to everyone that walks through the door this chic hotel in Boston is an honour.”

As a child in Vermont, Lana Labrecque literally grew up in the beauty industry with a mom and an aunt who were both estheticians and owned their own salon. At the age of ten she was spending time in the salon and watching their every move and by thirteen she was scheduling appointments. “I literally grew up in the industry of making people feel good about themselves,” says Lana.

But after school, rather than doing what was expected of her, Lana decided to make her own way and went to dental hygienist school with the goal of making people feel better about their smiles. Following graduation and six months of working as a dental hygienist, she decided it was not for her, and in fact, there was no way around entering the family business. So Lana went back to school and began taking different classes and started working as an executive assistant at The Pitcher Inn and Warren Store in 2009. Here she coordinated and executed several aspects of various events held at the boutique hotel, worked closely with the general manager, and created and organised marketing strategies and events.

Simultaneously, Lana enrolled in massage school at Green Mountain School of Massage Therapy, where, in order to graduate, she had to complete an internship. What originally began as an internship at Stowe Mountain Lodge soon turned into a full-time position as a spa concierge, a massage therapist and ultimately the spa, wedding and group sales coordinator. Lana was originally only meant to be at the hotel for three months, and ended up working there for seven years. “I just realised it was my calling – seeing the joy in people’s faces when they felt good meant everything to me,” says Lana.

In early 2017, Lana joined The Essex, Vermont’s Culinary Resort & Spa as spa manager. After only six months, she was promoted to spa director and oversaw the entire operation. Some of the major projects she completed while in this role included planning and executing different community events, creating a new membership program, introducing new product lines and overseeing a spa renovation.

In 2021, Lana joined the team as the new Spa Manager at Four Seasons Hotel One Dalton Street, Boston. “I am very excited about the opportunity at One Dalton. Everyone in the industry knows that Four Seasons is the creme-de-la-crème,” says Lana.  “I’m a New Englander through and through. I love that I now come to work in a building that has changed the Boston skyline forever.”