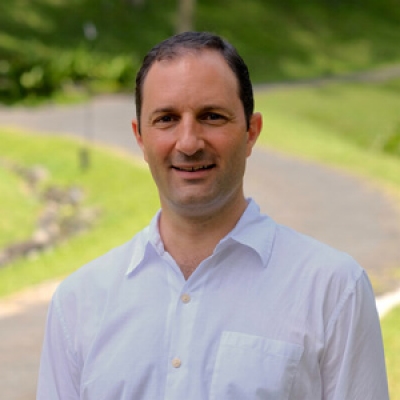 “Coming from city hotels, I’m inspired by the abundant nature and vibrant culture here in the Sayan Valley. There’s an ethereal energy to this Resort, something you cannot see but can surely feel. I’m excited to be part of such a remarkable team of people and continue to innovate our guest experience.”

Swiss-born and world-travelled, Gianni Costa's Four Seasons journey has taken him from Asia to the Caribbean and the Middle East, and back to Asia. He joined the former Four Seasons Hotel Bangkok in 2006 as a Restaurant Manager and over the next 10 years worked his way up the chain of command in food and beverage with transfers to Nevis, Damascus and Hong Kong, before being promoted to Hotel Manager at Regent Singapore.

Gianni's perfect day off is spending time with his family, enjoying a long Sunday brunch, cycling it off, and then finally a home cooked meal. He is passionate about Formula 1; won't miss it, rain or shine. He also hopes to resume his golf hobby and continue travelling the world, and eventually build his dream house - maybe in Bali.