Doubling in size, the Resort is adding 115 brand-new guest rooms and suites, providing the most spacious accommodations in the destination and the largest collection of suites

On the southern coast of Egypt, between the sea and the sky lies a hillside oasis of lush greenery in a rare desert-and-sea sanctuary. Four Seasons Resort Sharm El Sheikh, Egypt is uniquely nestled in an Arabian fairytale with Egyptian-inspired architecture, rooftop domes and a multitude of waterways cascading down limestone cliffs.

Now, a multi-million-dollar expansion and enhancement project is doubling the size of the property, creating one of the world’s largest Four Seasons resorts. 115 brand-new guest rooms and suites are perched in intimate two-storey buildings facing the crystal-clear Red Sea to bring the Resort’s total to 315 accommodations, including the destination’s most spacious guest rooms and suites all featuring a private balcony or terrace, some with a private pool. Designed with exotic Arabian influence, the Resort now features nine suite types, highlighted by the lavish beachfront Palace, a regal suite unlike any other in Egypt.

“We’re very excited for the world to rediscover Four Seasons Resort Sharm El Sheikh,” says General Manager Sam Ioannidis. “By adding restaurants, recreational facilities and doubling the event space, we’re creating a whole new magnitude to meet all guests needs. At the heart of the new experience is our expansive collection of accommodations, showcasing the latest in Four Seasons luxury.”

To custom-design their stay, guests can choose from a wide variety of guest rooms, one- and two-bedroom suites, as well as residential-style villas, chalets and signature suites with up to four bedrooms.

The Most Spacious Guest Rooms in Sharm El Sheikh

Creating a luxurious home away from home, the ultra-spacious new guest rooms start at 75 square metres (807 square feet), maximising the personal living space with two generous lounge areas – one indoors and one outdoors. The vast majority of guest rooms feature Red Sea views while the fully furnished balcony or terrace includes a day bed for afternoon naps as well as a café table for al fresco private dining. The new marble bathrooms are expansive and spa-like, aglow with sunlight from two arched Arabesque windows.

The Destination’s Largest Collection of Suites

With nine different suite types, Four Seasons Resort Sharm El Sheikh, Egypt now offers more choice than any other resort in the destination. There are 146 suites and chalets, including 28 brand-new one- and two-bedroom suites. With sophisticated style and larger layouts, these new suites combine comfortable living areas and separate bedrooms – making them ideal for families and extended stays. Many suites include plunge pools or full-sized swimming pools, and some feature a complete gourmet kitchen with an option of a Four Seasons private chef for guests to dine on a large terrace with Red Sea views.

A Truly Royal Experience in The Palace

Taking the honour as the Resort’s largest and most lavish suite, The Palace is designed to host royalty, international figures and the world’s elite. Magnificent and modern, this stand-alone beachfront residence measures a remarkable 565 square metres (6,082 square feet), offering the ultimate in Four Seasons sophistication. Entertaining unfolds in the expansive living room and formal dining room, moving outdoors to the terrace, where two swimming pools are just steps from the beach. Unique luxuries include a fitness room, spa treatment room, dressing room, a home theatre and 24-hour butler service.

“We can’t wait to introduce Four Seasons Resort Sharm El Sheikh to a new generation of travellers from around the world,” says Ioannidis. “For the many guests who come back again and again, our Four Seasons team is more dedicated than ever to ensuring that each and every stay with us is fully tailored and completely memorable.”

A short flight from both Europe and the Middle East, and just 10 minutes from the international airport, Four Seasons Resort Sharm El Sheikh, Egypt is a world-class beach destination offering Red Sea life, desert adventures and historical sites that are musts to experience. 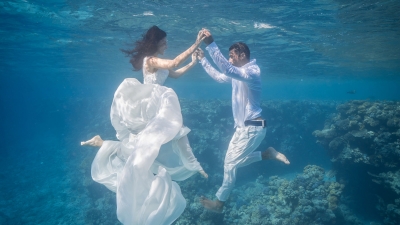 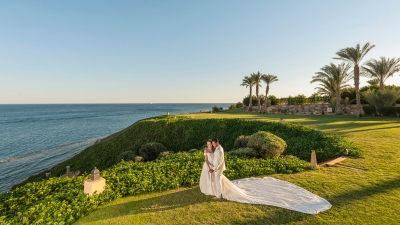 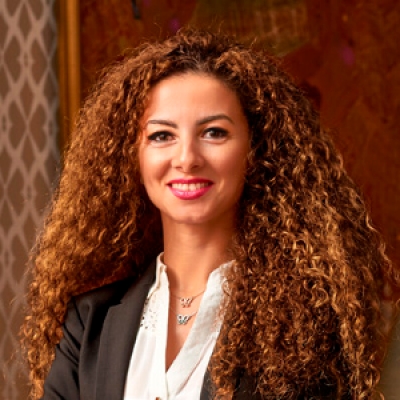