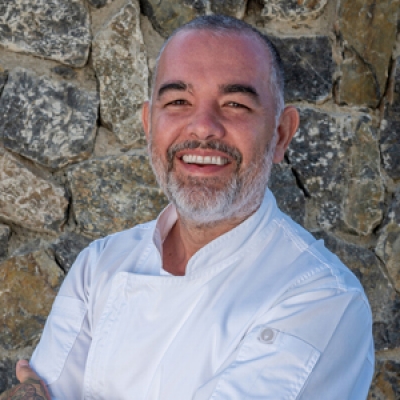 “Four Seasons Resort Tamarindo, Mexico is committed to connecting guests to the many flavours, ingredients, and culinary practices indigenous to Mexico’s ancestors and for me, that is the most important thing.”

Argentinian born and a proud Italian descendant, Nicolas Piatti travelled the world as a chef learning his craft. Piatti has many passions, inside and out of the kitchen, include cooking, photography, writing, sustainability, gardening and farming. “I like to think and focus on sustainability and the way we consume and serve food,” says Piatti.

Piatti received an Americas F&B Excellence Award in 2017 and he was named Hilton's Chef of the Year for the Americas in 2018 in an awards program that embraced more than 350 Conrad, Waldorf Astoria and Hilton properties. He also received the title of "Food Waste Champion for Americas" in a company pilot project. The award recognised his outstanding achievement in reducing food waste at the Hilton Bogota Cundinamarca in Bogota. Piatti is the author of La Tierra De Los Platos “The Land of Piatti,” based on his experiences around the culinary traditions of his family. The cookbook presents the great connection that a good cook should have with local producers.

“Everyone should start selecting the most local, fresh and sustainable products in their own communities,” says Piatti

Following a formal culinary education, Piatti began his career in 2000 as a line cook at Rock & Feller Restaurant in Cordoba, Argentina. He climbed the ranks quickly with experience in different restaurants in Argentina and Italy for the next few years until he was hired as chef of Di Mare Restaurant at Four Seasons Resort Costa Rica at Peninsula Papagayo. Piatti was recognised quickly while in Costa Rica as an incredible talent and was appointed as the executive chef at Hilton Resort & Spa Papagayo in 2012, followed by Hilton Bogota, Cundinamarca Colombia, where he served as executive chef for more than three years. In 2019, Piatti took the helm as executive chef at Conrad Koh Samui, Thailand, before joining Four Seasons Resort Tamarindo, Mexico as Culinary Director in 2021.

“Four Seasons Resort Tamarindo, Mexico is deeply connected to its history and by showcasing this connection, we will create memorable culinary experiences. The Resort is committed to connecting guests to the many flavours, ingredients, and culinary practices indigenous to Mexico’s ancestors and that is the most important thing.”