This spring, rediscover London and reconnect with family and friends at one of the exceptional dining outlets at Four Seasons Hotel London at Ten Trinity Square. From May 20, 2021, two Michelin-starred La Dame de Pic London will reopen its doors and invite guests to discover Chef Anne-Sophie Pic’s unique culinary world with inspiring new dishes and a few timeless classics.

Dine at the table of the most decorated female Michelin-starred chef in the world as the restaurant once again welcomes guests. Throughout the closure, new Chef de Cuisine Marc Mantovani has been working alongside Anne-Sophie Pic on exciting new seasonal menus. Highlights include:

La Dame de Pic London at Four Seasons Hotel London at Ten Trinity Square is the first UK restaurant from acclaimed French Chef Anne-Sophie Pic, showcasing her passion for unexpected flavour combinations with a focus on seasonal and local ingredients. Only eight months after opening, the restaurant achieved its first Michelin star in the Michelin Guide Great Britain and Ireland 2018, achieving its second star in 2020. Upon receiving its second star, Anne-Sophie Pic became the most decorated female Michelin-starred chef in the world. 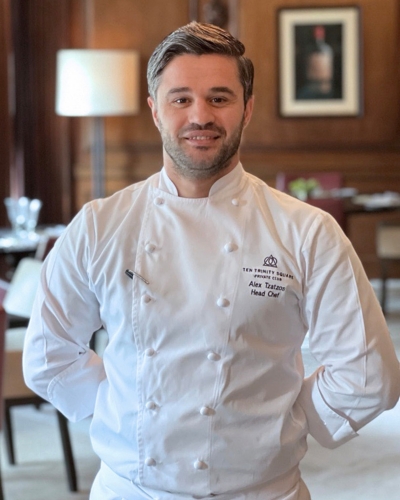