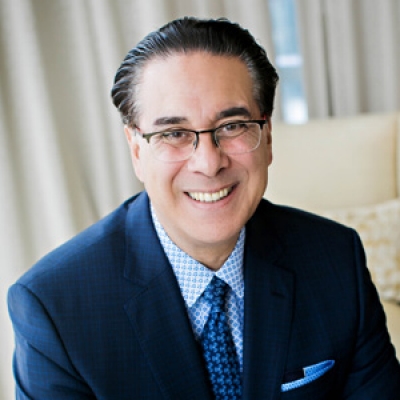 Coined "Four Seasons Pioneer of the South," Bahram Sepahi is part of the "Three Continents Club," having worked his way from one end of the world to the other in his 35+ years with Four Seasons. A graduate of the Johnson College of Business, School of Hotel Administration, he began his journey with Four Seasons in North America, at the Ritz Carlton Chicago (formerly a Four Seasons hotel) back in 1986.  His next call of duty included Four Seasons Resort and Club Dallas and Four Seasons  in Washington DC, where his strong performance led to him being appointed Hotel Manager.  In 2001 he was promoted to General Manager and moved to Saudi Arabia to open Four Seasons Hotel Riyadh at Kingdom Centre.

Sepahi spent another four years in Dubai as Regional Vice President before moving to China in 2009. He opened the magnificent Four Seasons Hotel Guangzhou and spent eight years there, during which he was recognised as "China's Hotelier of the Year" in 2014.

In 2017, Sepahi moved Down Under as Regional Vice President and General Manager of Four Seasons Hotel Sydney, the largest Four Seasons in the world (by number of rooms) and the only property in Australasia. Overlooking Sydney Harbour with the historic Rocks district on one side and CBD on the other, the Hotel has been in the fabric of Sydney society for decades, and is the gateway to exploring the iconic sites, rich history and cosmopolitan buzz of the sparkling global city.

Now back in the United States, Sepahi was appointed Regional Vice President and General Manager of Four Seasons Hotel Baltimore, with regional responsibilities for Four Seasons Hotel Boston. Hugging the shoreline, the landmark hotel captures a unique sense of place with its distinctive harbor view location while continuing to be recognized as the Top Hotel in both the state and city by U.S. News & World Report for ten consecutive years. And most recently, Conde Nast Traveler’s annual Readers’ Choice Awards named the property one of the top 10 hotels in the Mid-Atlantic and the #1 hotel in Baltimore.

When he is not leading the team at Four Seasons Hotel Baltimore, Sepahi reserves free time for his family of six, plus exploring Charm City’s many treasures and hidden gems. New experiences are part of his daily life. "General Managers see it all," Bahram says with a boisterous laugh. "I have a thousand stories and many of them have an element I will probably keep to myself.”