The capital of Colombia counts 20 localities, from Antonio Nariño (#15) to Usme (#5). While comparisons are tricky and inevitably a matter of taste, there is no question that the city’s 17th locality, La Candelaria, belongs on the “must-visit” list of every guest of Four Seasons Bogota.

Essentially the “Old City,” La Candelaria is believed to be where Bogota began, founded in 1538 by the Spanish conquistador Gonzalo Jiménez de Quesada y Rivera in an area known as El Chorro de Quevedo, now a magnet for street performers and college students.

Most of the architecture throughout La Candelaria is of colonial or Republican-era style and has been declared of historical and cultural interest. Meanwhile, there are some 500 cultural institutions for travellers to explore throughout the locality, including artistic groups and theatres, research centres and libraries, universities and museums, and more.

There is also Monserrate, a high mountain rising 10,341 feet (3,152 metres) above sea level in the centre of Bogota, with a 17th century church and a restaurant on top. A destination for pilgrims and tourists alike, the mountain offers views all over the city, and can be accessed by aerial tramway, funicular, or climbing.

La Candelaria is easily accessible, just 20 minutes by car from Four Seasons Hotel Casa Medina Bogota, and 25 minutes from Four Seasons Hotel Bogota. It’s a pleasure to walk in comfortable shoes, with narrow cobblestone streets and much to discover. Here is just a smattering of what culture-seeking guests can look forward to on a day trip to the 17th locality of Bogota: 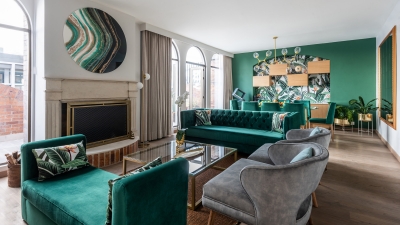