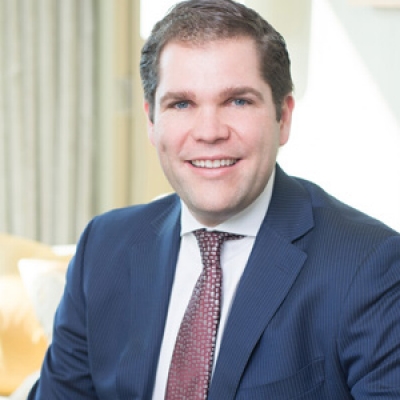 “Having practically grown up with Four Seasons I understand personalised service to be synonymous with our brand name.”

In a relatively short period of time, Stephen Wancha has lived in 12 major cities (returning to live in three of those cities multiple times), so it’s easy to see why he developed a propensity for travel, and in turn, for the hospitality world. The affable Wancha, General Manager for Four Seasons Hotel Chicago, brings deep hospitality experience with him to join the seasoned team in Chicago.

“It seems full circle for me in my Four Seasons journey, growing up in the hotel industry and now, landing at such an extraordinary hotel that has been known for decades one of the city's leading luxury properties,” says Wancha.

Prior to joining Four Seasons Hotel Chicago, Wancha gained invaluable experience in different roles within Four Seasons Hotels and Resorts. After joining the company in Las Vegas, Stephen’s first director position was at Four Seasons Hotel St. Louis. At the time, Wancha was just 28 years of age, making him the youngest Director of Food and Beverage among all Four Seasons properties worldwide. It was here that Wancha proved his capacity to manage and grow a dynamic team, which in turn landed him a role on the opening team of Four Seasons Resort Orlando at Walt Disney World Resort.

One of his greatest pleasures, as well as accomplishments, was in recruiting top talent from the Culinary Institute of America, leading catering training programs and partnering with top Four Seasons corporate leaders on innovative food and beverage initiatives. All of these efforts helped to propel the property to top of the marketplace both locally and nationally. Wancha continued to prove how valuable his leadership was, stepping into his first role as Hotel Manager at Four Seasons Hotel Chicago to lead a multi-million guest quarters renovation, from corridors to 130 standard guest rooms. For him, the new role was all about bringing a personalisation to each element of the overall guest experience, from enhancing children's welcome amenities to adding the role of Guest Relations to go the extra mile for all guests.

At Four Seasons Hotel Toronto, Wancha not only helped propel Café Boulud and d|bar to become Yorkville neighbourhood's staples, he maintained the continuous attention to detail and excellent service the Hotel is known for, as it is Canada's first and only hotel to receive both AAA Five Diamond and Forbes Travel Guide Five-Star awards. At this flagship Four Seasons hotel, he oversaw and led the team through renovations to The Spa, public areas and d|bar.

Now returned to Four Seasons Hotel Chicago as General Manager, Wancha landed at a pivotal moment. Recently celebrating 30 years since its opening in 1989, the Hotel announced plans for the largest renovation in its history, revealing a new restaurant, newly re-imagined event spaces and a renovated lobby and arrival experience.

"As only the fourth General Manager of this iconic Chicago hotel, I am thrilled to usher in a new era of Four Seasons," he commented. "We will unveil a refreshed, contemporary look of our Hotel, introduce a new food and beverage concept and continue to host the city's most sophisticated affairs in our new, modern ballrooms and meeting rooms."

In his time off, Wancha loves to travel for inspiration and explore the thriving culinary scene in Chicago, named "best restaurant city in the US" by both Bon Appétit and Conde Nast Traveler. An avid sports fan, one can find Wancha supporting the Chicago Blackhawks hockey team frequently, or getting some fresh air along Chicago's scenic Lakefront Trail.