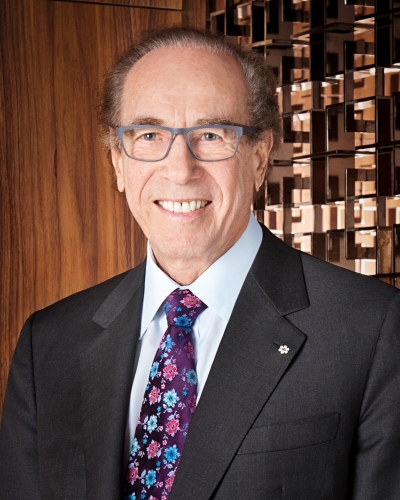 “The reason for our success is no secret. It comes down to one single principle that transcends time and geography, religion and culture. It’s the Golden Rule – the simple idea that if you treat people well, the way you would like to be treated, they will do the same.”

“There was no vision, there was no grand dream,” says Issy, reflecting on the more than 50 years since the first Four Seasons – a modest motor hotel – opened in downtown Toronto. “But there has always been a consistent thread and it propels us forward today, as we continue to grow globally, and that’s service.”

It may seem obvious that in the hotel business, service is a primary objective, but it is how that service is delivered that sets Four Seasons apart. “One way to characterise Four Seasons service would be to call it an exchange of mutual respect performed with an attitude of kindness.”

Defining and enforcing the company culture was one of four key strategic decisions made in the formative years of Four Seasons history. “I sat down with our communications experts and wrote down the fundamentals of our culture, which is based on the Golden Rule – to treat others as you wish to be treated,” says Issy. “A lot of companies talk about having a culture, but we knew we had to walk the talk if we expected it to thrive in our hotels.”

The other key decisions include a focus on managing only medium-sized hotels of exceptional quality; to manage, rather than own, those hotels; and to make service the brand’s distinguishing edge.

More recently, in 2007, another milestone decision was made that will protect the integrity of the brand well into the future. Sharp, along with a group of like-minded investors, took the company private.

“Four Seasons today is a brand that people equate with exceptional experiences and the lifelong memories that come with them,” says Issy. “The business decisions we’ve made over the past five decades ensure that Four Seasons will continue to hold this esteemed position for decades to come.”