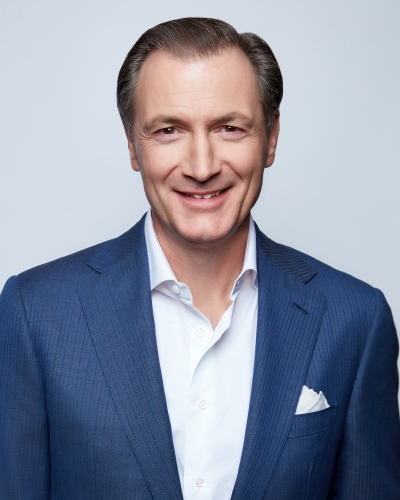 “We can never stand still. The important thing is to know when to walk slowly, and when to sprint ahead.”

With responsibility for Four Seasons global operations, Rainer Stampfer oversees a diverse and growing portfolio of hotels, resorts and private residences as the company continues to strengthen its presence around the world.

Rainer is focused on ensuring today’s luxury consumer – from travellers to locals alike – experience the highest standards of quality and the unmatched level of service that they have come to expect in every Four Seasons interaction.

Delivering this level of service excellence consistently means hiring the very best people, and talent development is a key priority for Rainer. Just as the company personalises the guest experience at Four Seasons, so does it customise the career path for its employees, ensuring Four Seasons is the employer of choice in every market in which it operates.

“We’re culture carriers, expressing our brand values through our daily interactions with guests, owners and business partners,” says Rainer. He believes that anticipating, innovating, and making subtle, and at times, bold moves is a mantra for every employee of Four Seasons.

“As we move forward, we must distinguish between the decisions that are mission critical – those that require the full force of our expertise and experience – versus those where we can afford to take risks. Our advantage is in the ability of our people to tell the difference.”