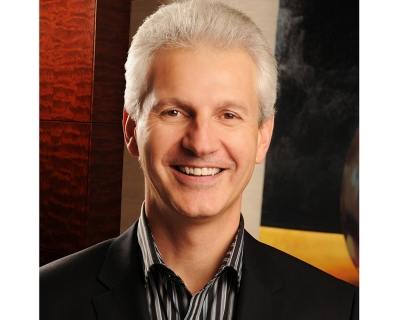 “Having lived in 26 cities in 16 countries, I am proud to call Denver home, as it offers two things I enjoy most: a bustling, cosmopolitan vibe and abundant outdoor adventure.”

A perpetual globetrotter, Regional Vice President and General Manager of Four Seasons Hotel Denver Thierry Kennel had covered a good portion of the world by adolescence. Born in France, Kennel reminisces moving many times as a child for his father’s job.

“I grew up in hotels, in and out of properties a couple of times a year as we waited for each new assignment,” says Kennel, recounting stops in Algiers, Congo, Libya, Kenya, Canada, Kenya again and finally, Paris. “Seeing how hotels operate and how their employees go above and beyond made me realise my career path at the young age of 13.”

In Switzerland, Kennel studied hotel management at Les Roches International School of Hotel Management. His first position was in the US, at Four Seasons Hotel Houston, as an overnight supervisor in stewarding. Now, with nine Four Seasons properties on his resume, Kennel knows the hotel experiences he had at a young age shaped his future.

“Equipping my teams with the skills they need to provide five-star service is my most rewarding task,” says Kennel. “In turn, I’m delighted to receive the glowing feedback from guests who received a creative amenity or an unexpected touch during their stay with us.”

Today, Kennel is based at high elevation in Denver, while still overseeing five properties and helping develop many more.  After living on remote islands such as the Maldives and Nevis, he enjoys Denver, as it is the perfect launching pad for Rocky Mountain adventure. “Being an outdoor enthusiast, I enjoy living in Denver,” remarks Kennel. “The city is sophisticated and happening – evident by numerous media outlets naming it one of the best places to live – but it still possesses a small town friendliness; maybe it’s the city’s Wild West roots.”

Active in the community, Kennel serves on the Board of Directors for University of Colorado Hospital Foundation and Metro State University.  If he’s not touring the mountains on his motorcycle, Kennel can be found playing golf, and travelling.