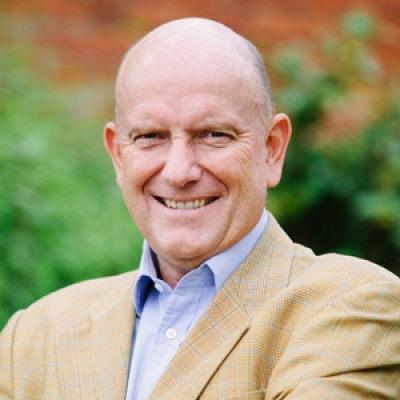 “After several decades working in Asia and taking up residence in the charming, rustic and beautiful English countryside of Hampshire, it is the perfect UK location to return to.”

As a child, Andrew Harrison would watch Whicker’s World on TV, intrigued by the glitz and glamour of five-star hotels, cruise liners, limousines, air travel and exotic destinations. Having worked alongside his mother in her outside catering business from an early age, his first “proper job” was in his home town of Harrogate in the UK, at the Old Swan Hotel where he started in food and beverage. Even from this early stage, Harrison knew that hospitality would be a life-long career and he spent the next 30 years of his life travelling to more than 60 countries and working in 10 of them.

In the last 23 years, Harrison has been a Four Seasons “nomad,” moving between beautiful tropical islands and vibrant cities. Beginning with Four Seasons Resorts Bali, Harrison did a stint in Kuala Lumpur before moving to the US to Florida and California, eventually moving back to Asia to take the helm of Four Seasons Chiang Mai as General Manager, opening the Tented Camp in the Golden Triangle, and then moving on to lead another opening in Mauritius, followed by Mumbai, Langkawi and now Hampshire.

Showing great passion for languages, Harrison is fluent in English, French and German, and over the years has found a love for Russian and Indonesian too. Now back in his native UK, Harrison is able to put his talent to good use with international guests visiting Hampshire.

In his previous role in Langkawi, Andrew enjoyed cycling, golf and tennis. He now continues these outdoor pursuits in the cooler UK climate, as well as taking on clay pigeon shooting, fishing and falconry around the Dogmersfield Estate.

While quite a distance from Yorkshire, where Harrison spent the majority of his time in the UK, the hills of the Hampshire countryside provide a sense of home and he relishes the chance to maintain Four Seasons Hotel Hampshire as the destination of choice for those wanting to experience a classic English country escape.