From the Anglo-Saxon "Doccemere feld” grounds of Four Seasons Hotel Hampshire to the property’s 16th century walled garden, there is plenty to inspire history fans, but that doesn’t mean guests have to limit themselves to exploring the 500 acre (200 hectare) estate. Hampshire is a vast county, steeped in fascinating stories. Here are five must-see spots to kick off your journey back in time.

Located in Jane Austen’s home county, guests will find the pretty Hampshire cottage where Jane Austen wrote, revised, wrote and had published all six of her treasured novels just a short drive from Four Seasons Hotel Hampshire. Here, visitors can travel back to 1816 and follow in the renowned novelist’s footsteps, see the rooms where she composed her books and created her timeless characters, explore her home, discover objects that belonged to her and wander in the picturesque cottage garden.

For many, Highclere Castle is simply the home of Britain’s award-winning TV series and film, Downton Abbey. However, the first written records of the estate date back to 749 when an Anglo-Saxon king granted the estate to the Bishops of Winchester. In 1842, Sir Charles Barry, who also designed the Houses of Parliament, transformed Highclere House into the present day Highclere Castle.  During the First World War, Highclere Castle went on to become a hospital for wounded soldiers run by the 5th Countess of Carnarvon. Today, visitors can explore the Castle Saloon including the main state rooms so familiar from Downton Abbey and enjoy the Egyptian Exhibition, celebrating the 5th Earl of Carnarvon's discovery of the tomb of Tutankhamun.

You won’t find gift shops or audio tours at the ancient ruins of Waverley Abbey, but what remains is beautifully peaceful. Cited as the very first monastery founded in Britain by the reforming Cistercian religious order, a small group of monks from France settled in this quiet spot by the River Wey in 1128, and Waverley soon became the springboard for Cistercian settlement in southern England. The impressive remains include the fine 13th century vaulted refectory or dining hall for the lay brothers, the Cistercians' labour force.

Odiham’s High Street is every treasure hunter’s dream come true. Just a short drive or leisurely walk from the Estate of Four Seasons, the shops stock some of the most fascinating vintage pieces and antiques, and are filled with artefacts from years gone by. Odiham’s history dates back to Anglo-Saxon times and is mentioned in the Domesday Book of 1086 (the oldest surviving public record), so you never know what you might uncover in one of the town’s stores. From vintage watches and antique treasures to war souvenirs, it’s true living history at your fingertips.

Slightly further afield, a 50 minute drive will take guests to one of the world’s most famous landmarks, Stonehenge. Starting life as a simple bank and ditch in the Neolithic period more than 5,000 years ago, Stonehenge is now renowned for its sophisticated stone circle built on the axis of the midsummer sunrise. There are many stories about the significance of Stonehenge.  Some say it may have been an astronomical observatory, a base for sacred rituals linked to the sun, successful crops or even the dead. Visitors can uncover the mysteries with its onsite audio tour and visitor centre. 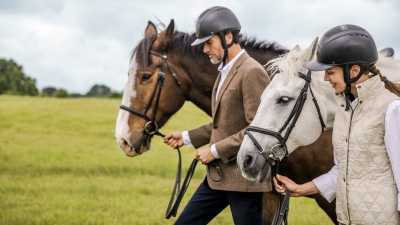 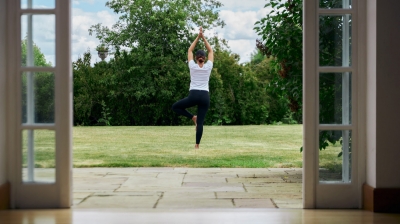