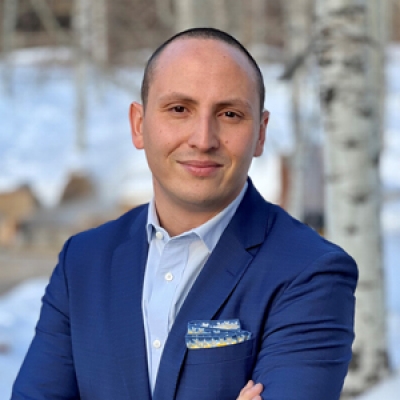 “Returning to Jackson Hole is a dream assignment. The opportunity to live and work in the destination where my Four Seasons career began is a truly special opportunity.”

Jackson Hole was the start of many adventures for General Manager Ryan Grande. The destination not only launched his Four Seasons career, but also introduced him to his wif, Lindsey. Coming back to Jackson Hole after more than a decade of varied experience with the brand feels like coming home to Grande.

“I always hoped to one day return to Jackson Hole,” says Grande. “There is just something magical about this destination, from the scenery and natural beauty to the rugged spirit and pride of the people who reside here. Landing at the airport takes my breath away every time.”

Grande first joined Four Seasons Resort and Residences Jackson Hole as Director of Housekeeping in 2010, following a variety of diverse hospitality experience in Canada with brands including Marriott, Fairmont and Hilton Hotels.  His next stop took him back to Canada to the former Four Seasons Hotel Vancouver, where he worked as Front Office Manager and then Assistant Director of Rooms.

In 2015, Grande was promoted to Director of Residences at Four Seasons Resort and Residences Costa Rica. He held this role for two years, prior to being promoted once again in 2018 to the dual role of Director of Rooms & Residences, and subsequently, Resort Manager. As Resort Manager in Costa Rica, Grande oversaw the daily resort operations and played a critical role in the repositioning of the property, which included a full-scale renovation of all guest rooms, residences, food and beverage outlets, as well as the spa.

Following Costa Rica, Grande’s next appointment was Hotel Manager of Four Seasons Hotel Seattle in 2020, his most recent role.  During Grande’s time in Seattle, the property recaptured the coveted Forbes Five-Star award, committed to delivering the best possible guest experience, despite challenging circumstances. Grande also served as the Hotel’s Hygiene Officer, successfully helping the team navigate the ever-changing guidelines of the Lead With Care Covid-19 protocols.

In Jackson Hole, Grande is looking forward to enhancing the guest and residential experience, as well as focusing on the key point of difference for the property – the employees.

“Our employees are encouraged to let their personality shine,” says Grande. “Jackson Hole still has an adventurous, frontier spirit. We wear cowboy hats, boots and jeans. Our guests rely on our team not only for the premier luxury service for which Four Seasons is known, but also for insider tips such as where to find the best custom hat or best secluded hiking trail.”

Grande grew up in Toronto, Canada, and is a life-long Raptors and Maples Leafs fan. He holds a Master’s Certificate in Essentials of Hospitality Management from Cornell University and a Diploma in Hospitality Management from Niagara College.  He and his wife Lindsey enjoy staying active and being outdoors, and are excited to explore beautiful Jackson Hole again, this time with their two children, Sienna and Dominic.