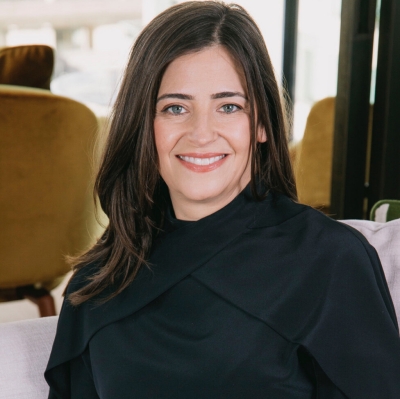 “Four Seasons Hotel London at Park Lane, the longest operating hotel in our company, helped define the principles of Four Seasons Hotels and Resorts that still underpin our service culture of today."

It was in Toronto where Four Seasons Hotels and Resorts Chairman and Founder Isadore Sharp built his first hotel, a modest motor hotel, which would soon inspire the development of this now global brand. Lynn Brutman was Hotel Manager of Four Seasons Hotel Toronto for two years, and was part of the flagship Hotel’s move to its current location, seeing through the transformation and the opening of the new Hotel.  "Four Seasons Hotel Toronto represents fifty years of someone’s life’s work and I am proud to have been there for the before and after,” remarks Brutman.

Brutman began her Four Seasons career as a Management Trainee at the Ritz-Carlton Chicago (formerly a Four Seasons hotel) and continued her Four Seasons journey at city and resort destinations across the United States and Canada, taking in Philadelphia, Atlanta, Newport Beach, Miami, Whistler and Toronto.  “Any place I live, I make sure I make the most of it and fully explore and understand the destination,” says Brutman.

When the opportunity came to transfer to the East London hotel in Canary Wharf as General Manager, Brutman jumped at the chance, not only for the challenge of a new role, but because of the destination itself. “London is the gateway to everywhere in Europe. I wanted to welcome visitors from around the world, and be a visitor to other destinations myself.”

After two years in the English capital, Brutman was appointed General Manager of Four Seasons Hotel Hampshire, moving to the stunning countryside just outside London.  Set in an authentic regal manor house nestled within 500 acres (200 hectares) of historic parkland, Four Seasons Hotel Hampshire is the destination of choice for those wanting to experience a classic English country escape.

Now, fulfilling a trilogy of experience in the UK, Brutman returned to the capital to take up her appointment at Four Seasons Hotel London at Park Lane.  In the heart of Mayfair, set back from Park Lane and just steps away from Hyde Park, the landmark hotel captures a unique sense of place with its distinctive parkside location at the finest address in the city.