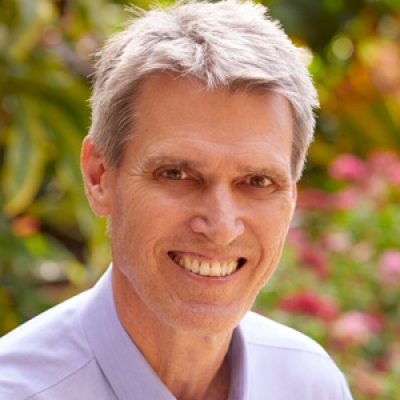 “Through my career, I’ve had the opportunity to learn from the greats, which has enabled me to lead my team to new heights.”

In his longtime role as Director of Marketing at Four Seasons Resort Maui, Mark Simon is known for his creativity, embracing new technologies and for his personal work ethic which, when mixed together, have produced signature programs and events that have captured the imagination, built guest loyalty, and established occupancy levels that place the flagship Resort at the top level among all Four Seasons properties.  His quiet yet intense style is guided by a personal credo: “Dare to be great.”

Simon has had an unusual, varied sales and marketing career in the travel industry, building his skills and racking up experiences in assignments all over the globe. He has had two long stints in the hotel business, interrupted by a five-year venture in incentive travel marketing and a year sailing the South Pacific.  You can say Simon learned the business from the bottom up.  Bellman at a roadside motel.  Bartender at a Playboy Club.  Assistant general manager turned sales director when called into duty for someone who broke a leg.  “For me, a light went on while I was handling sales. I realised I found my calling.”  Simon excelled in this role and never looked back.  He was recruited by the Sheraton St. Louis and was named “Salesperson of the Year” for Sheraton Hotels North America, then recruited away by the Hyatt Regency San Francisco, where he worked under the mentorship of legendary hotelier Peter Goldman.

His marketing career began in the incentive travel industry and continued internationally in the hotel business.  “I learned from some of the great ones in the incentive business,” says Simon, who worked for Creative Marketing Incentives, San Francisco, and rose to become one of the company’s stars.

By chance, an unusual opportunity came to Simon who, along with his wife, dropped everything for an adventure of a lifetime — working as crew aboard a sailboat in the South Pacific for a year and then immigrating to Australia.  But he quickly realised he was not cut out for that life of leisure.  “I wanted to get back to work.  My mind was exploding with ideas.”  They did reach Australia and he resumed his hotel career, joining Four Seasons at the then Regent Melbourne, then moving on to Hong Kong as Sales Director.  He was promoted to Consulting Director of Marketing for Four Seasons in Tokyo where he increased sales exponentially, and that led him in 2001 to what he calls his “dream job” as Director of Marketing at Four Seasons Resort Maui.