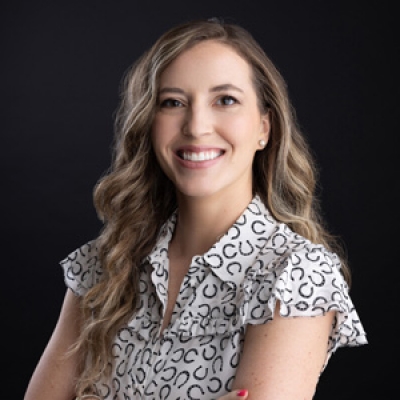 “We want to give guests over-the-top experiences that they wouldn’t get elsewhere.”

Chanel Lewis discovered a passion for travel at an early age. Her mom was a career flight attendant for Delta, allowing the family to travel often. A trip to Hawaii as a young child sparked Chanel’s interest in diverse cuisines, climates and cultures, and ultimately helped shape her future in hospitality.

Inspired by her mom, Chanel decided to study hospitality and business at the College of Charleston. The city’s vibrant culinary scene and reputation for Southern hospitality solidified Chanel’s calling into the world of events and food and beverage. Upon graduation, Chanel participated in an accelerated culinary program in Napa Valley, California, and spent a few years working in restaurants before a move to Boston led her back to hotels.

Moving to Nashville was a return to Chanel’s Southern roots — she grew up in Atlanta, Georgia — and an opportunity to be closer to family. Plus, the allure of Nashville’s vibrant energy was a huge draw.

“Nashville is such a booming city,” Chanel says. “I wanted to be where the action was, and I’m really excited about being part of something new here in the city.”

Chanel is thrilled to bring luxury events to life at Four Seasons Hotel Nashville. “We want to give guests over-the-top experiences that they wouldn’t get elsewhere,” she says. “Our dedicated event space, which occupies the entire fifth floor of the property, offers magnificent views of the Cumberland River, high ceilings in the ballroom, and state-of-the-art technology. And best of all, the level of trust that the Four Seasons team provides is unmatched. You can rest assured that your event is going to be a success.”

Chanel’s culinary background gives her a well-rounded approach to planning events and allows her to bring creativity and expertise to every client she works with. And she does it all with a smile on her face. “I try to lead with a positive attitude and stay calm under pressure,” she says. “Not letting things ruffle your feathers too much is important when working in events. I always try to have a smile on my face and exude that positivity because it trickles down to everyone helping you execute an event.”

Not surprisingly, when she isn’t at work, Chanel loves discovering new restaurants and checking out local breweries. Fortunately, there’s no shortage of new gems to find in Nashville’s food and beverage scene.