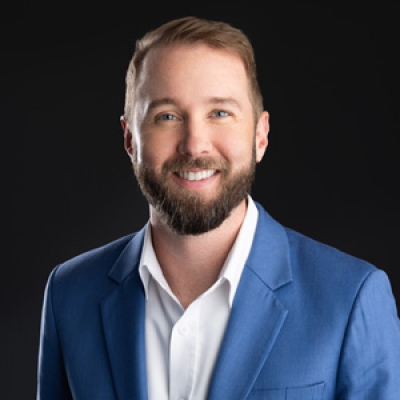 “My goal is to lead an excellent team that works from the heart and feels purpose every day.”

A Texas native, Dustin Doering got his start in the hospitality industry working in guest services at the Hyatt Regency in Austin. He served there for five years before joining the Omni Austin Hotel Downtown where he met his wife, Kirsten, who works as a professional photographer.

Outside of work, you can find Dustin on Broadway at Robert’s Western World, grabbing a late-night burger at Dino’s, or in a pew at the Mother Church of Country Music, also known as the Ryman Auditorium.

Dustin was eager to join the team at Four Seasons Hotel and Private Residences Nashville because of the opportunity to grow with an amazing company in one of the best cities in the world. Dustin looks forward to building upon the strong reputation of Four Seasons Residences in providing the best possible experience for residents and guests. “My goal is to lead an excellent team that works from the heart and feels purpose every day,” he says.

From connecting residents and guests to the latest happenings in Music City to drawing them inside with vibrant live music at Mimo Restaurant and Bar, Dustin's team hopes to create an electric atmosphere that keeps guests coming back for more.