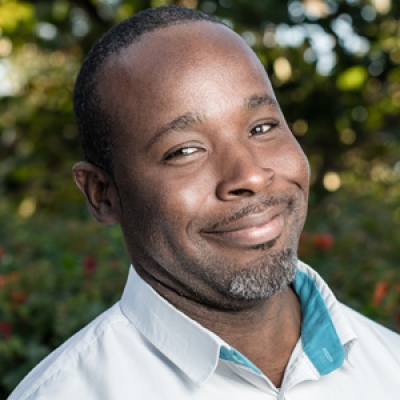 “I like creating a relationship between crafting drinks and conversation. You can make the best cocktail in the world, but if you can’t talk about it, it won’t fly.”

“I’m the guy they come to when they need something special,” says Ansel Miller of the cocktail experiences he creates at The Ocean Club, A Four Seasons Resort, Bahamas. Though his title is Head Bartender of Jean-Georges Vongerichten’s signature restaurant DUNE, Miller’s talent for mixology and grasp of local ingredients is in demand across the Resort. From revamping cocktail menus, to shaping and serving special promotions, to dreaming up original concoctions to dazzle event clientele, he’s right in the mix.

Take, for instance, Miller’s role in new artisan cocktails for Martini Bar and Lounge. With a summer request from the Beverage Director for drinks that celebrate the Bahamas, Miller got to work sizing up the featured spirits. “There are so many distinctive products these days. We tasted first to understand flavours and notes, and then brainstormed on fruits.” He also considered glassware for striking looks, garnishes for peak attractiveness, and of course names.

Though the Vesper of James Bond fame will always be the signature drink at Martini Bar and Lounge, Miller’s new creations added a touch of modernity, such as The Appeal mixed with J.A.B. Herbal Ugni Blanc Cognac, a basket of fresh flavours, and apple slices for garnish on top. “Shake it first to get it foamy, and then sip it elegantly,” he recommends. “You’ll know it’s ready when frost forms on the tumbler.”

Back at DUNE, Miller regularly dreams up new drinks to supplement Vongrichten’s signature cocktail menu. He began with a “drink of the day,” taking comments from waiters and managers before unveiling it to guests. Soon enough certain cocktails started moving, and he was encouraged to extend the bar menu. “We had a lot of groups that wanted something different and more native, so I kept them coming.”

Whatever the venue or clientele, cocktail creation is an involving affair. Miller “charts and graphs” ingredients and recipes to ensure bartenders know precisely how to prepare and describe them. The process can take from a day to weeks, he says, depending on accessibility of ingredients. “If we need things we can find locally, it goes a lot quicker.”

Miller got his start bartending at Four Seasons former resort in Great Exuma, but he was already into mixology. As an auditor for a hotel in Nassau, he had regularly researched product availability and learned a lot about spirits. Intrigued, he began creating cocktails for parties at home. “I always liked to play with flavours, like I was a liquid chef,” he remembers. “I realized I had a talent for it, so I gave it a go.”

His first try was on the opening team at Great Exuma, starting as a bartender at the beach bar before being noticed by management and transferred to the signature restaurant. “They gave me extensive training at mixology, and that’s when I got really interested. I saw career potential, and decided it was the route I wanted to take.”

That route took him to three other resorts in the Bahamas before he joined The Ocean Club in 2016. As previously, he started at the pool bar, got noticed, and was given “the green light” to flex his creativity behind at DUNE Bar. Word got around, and incentive groups and private parties began requesting featured cocktails for events. “They’re looking for drinks they’ll remember and rave about later.”

At DUNE, Miller oversees a team of four bar backs and eight bartenders. He believes in letting people be themselves and in looking at strengths before pinpointing weaknesses to polish. “Attitude is number one for me.” Meantime, he’s all talk behind the bar. “I like creating a relationship between crafting drinks and conversation. You can make the best cocktail in the world, but if you can’t talk about it, it won’t fly.”

Cocktails aren’t the only things Miller mixes. Passionate about music, he produces “a lotta beats” in his downtime and distributes them locally on the scene. If you hit bars around Paradise Island, he says, “you’ll definitely hear me in the background. When I’m not doing cocktails, I’m playing music. As long as it’s something.”