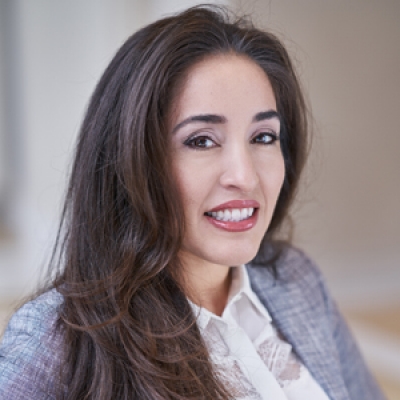 Master Stylist,Salon at The Spa

“I love to work with each of my guests to uncover their natural beauty. I feel like I have the ability to read the guest inside and out to provide a tailored, hand-crafted design to complete their perfect look.”

Alejandra Bell, Master Stylist at The Spa at Four Seasons Resort Orlando at Walt Disney World Resort, brings 20 years of industry experience, personalised attention and an eye for glamour and detail to the Salon in Central Florida’s only Five Diamond resort. Born and raised in the “Paris of South America,” Buenos Aires, Argentina, Bell discovered her love for styling at an early age. At 16, Bell began a hairdressing apprenticeship with one of the top Coiffure in Buenos Aires. She furthered her experience and enrolled at the Beauty Academy of Buenos Aires where she learned top trends from France, Italy and Spain.

Bell began working professionally in the famously upscale and fast paced neighborhood of Belgrano in the capital of Buenos Aires. She quickly built a name for herself in the busy metropolitan city, and began to work in fashion shows to prepare models for the runway. She has styled actresses, keeps political leaders polished and business executives looking crisp and sharp, and works with clients to craft personalised and one-of-a-kind styles.

Along with her time on the catwalk, Bell worked in high-end salons in Florida, California, and New York. For seven years prior to joining the Four Seasons team, Alejandra was the master stylist at a local Orlando resort where she continued to dazzle her guests through her talent, vision and effortless ability to create a comfortable world class experience. So sought after was Bell in the southeast luxury market that she became the go-to stylist for VIPs from Naples and Amelia Island, as well.

Bell’s passion to continue to develop her skills and her love for travel brought her to the Caribbean, Morocco, and Spain to research different cultures, looks and trends. She has also traveleld to the Middle East GCC States, including UAE, Bahrain, and Qatar.  She attended Beautyworld Middle East, the largest international trade fair for beauty, hair and fragrances. Bell has quickly become the expert in the newest and most exciting trends, styles, and treatments for the incredibly influential and fast-paced international marketplace.