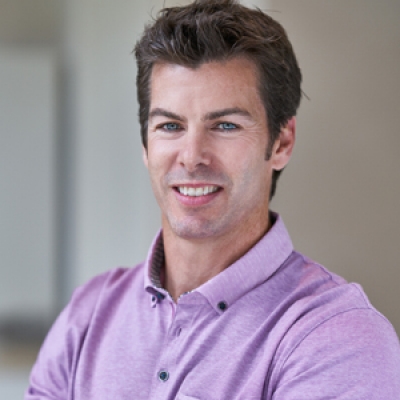 "Every day we explore ways to make a positive impact on people. Our team is continuously creating new ways for people to better enjoy their time at the Spa."

Derek Hofmann, Senior Spa Director at Four Seasons Resort Orlando at Walt Disney World Resort, brings a touch of Hollywood glam to Orlando by way of the Spa at Four Seasons Hotel Los Angeles. Derek put the Spa on the map in Los Angeles for its “red carpet readiness” treatments delivered to countless Hollywood luminaries. No stranger to Awards Season, Derek and team ensured stars looked their best for their biggest nights out.

Derek has been involved in active and artistic ventures since childhood. Athletics, arts, and creativity have always interested him. Being an avid runner, hockey player and fitness enthusiast, as well as having a passion for creativity, led him to the spa industry. He finds a rewarding outlet daily for those interests, from developing treatments that impact ones’ physiological and emotional wellness to interacting daily with highly skilled professionals and sophisticated spa guests to achieve a powerfully positive result.

At Orlando's premier Spa, Derek has created an environment that promotes comfort, relaxation and personalised attention. The Spa’s service menu is engineered to offer a variety of exclusive, unique and profoundly effective treatments that not only boast remarkable results, but allow for the possibility of transformative experiences. The Spa's talented team of professionals are an important aspect of the Spa’s success.

Derek wants every experience at the Spa and Salon at Four Seasons to be special and memorable. When guests return to the Spa, they will find comfort in the consistency of the service delivery as well as unexpected and customised touches that make each experience unique.

Click here to see Derek provide an overview of The Spa & Salon.