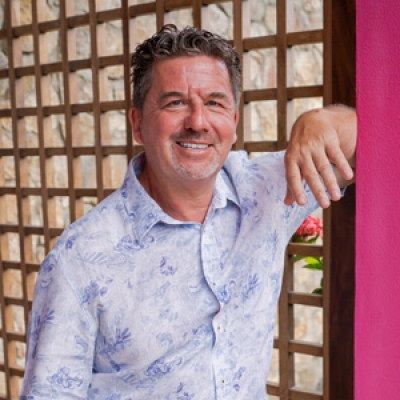 “Should you decide that running a hotel is a 24-hour-a-day job, that’s exactly what it will be. I don’t believe it has to be that way.”

Unconventional and irreverent, John O'Sullivan's reputation as an unapologetic innovator and forward-thinking disrupter is well known among coworkers and clients alike.  His hospitality career began in an Irish kitchen at age 12 and has seen him circumvent the globe, always learning and growing. Currently Regional Vice President and General Manager in Punta Mita, John is a true Renaissance man, with three published poetry books and hundreds of paintings expressing his duality of purpose between art and the art of hospitality.  John wears many hats (and sometimes wigs) - he is also a father, husband, mentor, community leader, and a licensed ordained minister, available to perform client or guest weddings. Affectionately known as The Irishman, JOS, Dr. Juan, or Reverend O’Sullivan, there is one gospel he preaches around the world: “You can delay paradise, but you can never deny it!”