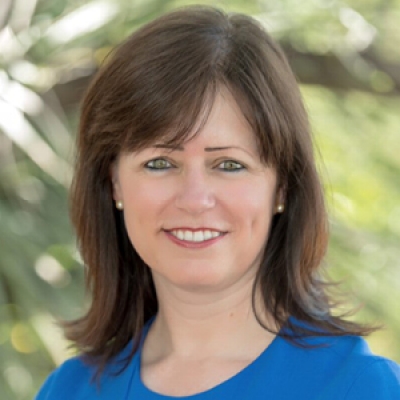 “I’m inspired by the challenge of creating truly exceptional experiences for our guests.”

When Kelley Moreton arrived at Four Seasons Resort Scottsdale at Troon North, she hit the ground running. In her first six months in the role of General Manager, she oversaw a USD 13 million renovation of the Resort’s guest rooms and suites, lobby, patios, Talavera restaurant and pool.

“With all of the improvements, it’s an incredibly exciting time to be here,” Moreton says. “We are thrilled to be able to provide our guests with a host of contemporary new features while retaining the warm welcome and Four Seasons hospitality they have appreciated for years.”

Moreton traded Washington DC’s city views for views of the Sonoran Desert and one of Scottsdale’s natural landmarks, Pinnacle Peak.

New views are the norm for Moreton, who began her globetrotting career in her native New Zealand at an early age by following in the footsteps of her mother as room attendant in her home town of Christchurch.

After gaining additional experience at various high-profile hotels in New Zealand and earning a Bachelor’s Degree in Hospitality and Tourism from Lincoln University, she crossed the seas to join the pre-opening team of the former Four Seasons Hotel London at Canary Wharf in London as a Manager in Training.

Additional promotions and moves have included leadership positions at Four Seasons  in Mexico, and Los Angeles, and in the 2015, she was promoted to Hotel Manager at Four Seasons Hotel Washington, DC.

Fluent in Spanish and a fan of Mexican food, Moreton is enjoying the area’s vibrant local culture and taking in Arizona’s famous blue skies and sunshine.