Surrounded by mountains and divided by the Han River, the city of Seoul is home to more than 10 million inhabitants, making it one of the largest in the world. Following a period of rapid economic growth in the late 20th century, Seoul is now one of Asia’s most innovative, high-energy and fast-paced megacities. Yet amid the buzzing façade of its neon-lit streets, the city’s fascinating history – dating back to 18 BC – can still be experienced: along the Seoul City Wall; in its three World Heritage–listed sites; and down the ancient alleyways of Bukchon. Truly at the beating heart of it all, Four Seasons Hotel Seoul is located right by “Kilometer Zero”(the point from which all distances throughout the city are measured) and offers visitors a tantalising insight into the capital’s history, before they have even stepped outside the Hotel’s doors.

A Bird’s Eye View of History

Through the vast glass windows of its 29 storeys – especially from floor 11 upwards and the 28th floor Executive Lounge – Four Seasons Hotel Seoul commands a watchful eye over some of the city’s most notable monuments: the sweeping roof of national landmark, Gwanghwamun, the largest gate of Gyeongbokgung Palace; the statue commemorating Sejong the Great, who came to the throne in 1418 and invented the Korean alphabet so that his subjects could learn to read and write; and the main royal palace of the Joseon Dynasty, Gyeongbokgung – an imposingly beautiful complex built in 1395. To ensure the Hotel complements its striking surrounds the exterior of the building has been designed to pay tribute to a traditional Korean house (han-ok).

A View for All Seasons

Not only do all 317 Hotel rooms offer sprawling city views, they also connect guests to the cycle of the seasons that have reigned over Seoul city life for millennia. Whether you visit in spring, summer, fall or winter, the shifting light and changing colours offer a feast for the eyes. From an iconic Seoul view that’s remained unchanged for centuries – its mountains – to ancient Gyeongbuk Palace and modern-day Namsan Tower, every room connects visitors to a different version of an ever-evolving cityscape.

Step 600 Years Back in Time

During the Hotel’s construction, an incredible archaeological discovery was made: the remnants of one of Seoul’s most famous thoroughfares, Gong-jo-gil Street, dating back to the 16th century. Hundreds of relics – including pottery, roof tiles, and metal tools – told the story of life in the early Joseon period, and inspired the Hotel’s architects to pay homage to the property’s cultural heritage throughout the building’s modern design, merging solid timber framing with steel joinery and lacquered frames with delicate silk screen inserts.  Thrillingly, guests can truly "step back in time" from the Hotel’s Lobby area, along the carefully preserved 600-year-old pathway that originally led to the nearby Gyeongbuk Palace, while a glass floor in The Market Kitchen restaurant showcases the ancient ruins located below the Hotel's foundations.

A Cosy Connection to Korean Culture

As historically significant as its ancient architecture is Seoul’s traditional hospitality. Warm, relaxed vibes are served alongside culinary classics such as kimchijigae and bingsu at the Hotel’s Maru (“living room”) restaurant. Echoing the ambience of a traditional Korean living space, features such as textured armchairs, plush carpets, an antique bronze fireplace, and suspended silk panels exude a homely local welcome, while pretty patterned lanterns exude the gentle light of a bygone era. Further touches throughout the Hotel’s contemporary room décor pay tribute to the city’s ancient craft culture, including beautiful vases and elegant wooden jewellery boxes.

A Showcase for Korean Art

More than 100 specially commissioned pieces by Korean artists can be found throughout the Hotel, from Choi Byung Hoon’s stone sculpture In One Stroke that welcomes guests at the Hotel entrance to Kang Eun Yeop’s exploration of the beauty of trees, Black, which graces the wall in Maru. Celebrating a unique sense of Korean culture, history and spirit, the artworks add a meaningful aesthetic to the Hotel’s public spaces, rooms, restaurants and spa. From the powerful to the subtle, the vast to the miniature, it’s a collection that turns the Hotel into a gallery, elevating spirits, sparking imaginations, and further celebrating the city’s rich artistic heritage.

Dating back to the Joseon Dynasty, the tradition of the Korean Sauna – hanjeungso (traditional) or jjimjilbang (modern) – has long played a role in the physical and mental relaxation of Koreans of all ages. Offering soothing treatments inspired by natural elements, the Korean Sauna at Four Seasons Hotel Seoul occupies its own dedicated floor, where oversized cold, warm and hot baths boast beautiful 18-carat gold mosaic tiles for a luxurious wellness experience. Adjacent to the baths, a dry sauna, traditional Korean shower room, and massage room offer traditional Korean body scrubs by professional local therapists for the ultimate detoxifying and de-stressing experience. 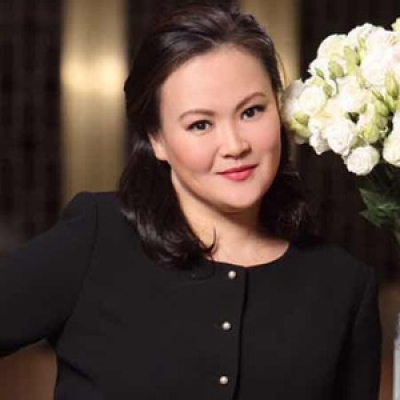