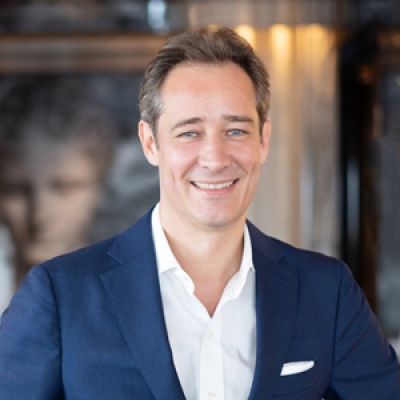 “We like to anticipate our guest needs and find ways to surprise them as we exceed their expectations.”

Not a day goes by that Philippe Roux-Dessarps doesn't stop “for at least a moment” to survey and soak up the special qualities of Four Seasons Astir Palace Hotel Athens. Even still, as General Manager, he’s always looking to make the property even more special. “We’re seasonal, we run in cycles, and the pace gives us opportunities to build upon the strengths of the one just past,” he says. “We like to anticipate our guest needs and find ways to surprise them as we exceed their expectations.”

He points, for example, to the Hotel’s vast food & beverage offerings, with eight restaurant and bar concepts from the signature authentic Greek of beachfront Taverna37 to the all-day Latin American of Helios by the pool. Taken together, they offer many opportunities for enhancement that reward existing clientele and draw new ones. An elevated Sunday brunch at Mercato, for instance, transformed the Italian trattoria into a seasonal magnet for locals, many of whom come from all over the city to spend a whole day at Athens Riviera.

“The hotel has always been a landmark in everyone’s heart in Greece, so appealing to locals is a strong focus for us,” he says, noting that the Hotel has a strong appeal to local labour as well. “We compete against hospitality on the Greek islands. Young adults can go there and make a bit of money working long hours through the summer. Alternatively, they can work here at an exceptional Hotel with many career opportunities and get time off each week to see their families.” Result? “Ninety-five per cent of our team is from Greece.”

As for managing, Roux-Dessarps believes his job is two-fold. On one hand, it’s providing the specialists heading each division with the support they need to succeed. On the other, it’s fulfilling the desires of guests. “I try to look at everything through the customer’s lens to anticipate what they want and how to make their experience better.”

Where does a busy General Manager find the time? “It’s interesting,” he says. “In much of the industry, it has begun to feel as though we are headed in the direction of becoming number crunchers with little time for actual relations. Here at Four Seasons, there is far less of that. Many of our guests want to sit down, have coffee and interact with the GM. I could have seven coffees a day.”

Roux-Dessarps had a fortunate childhood flush with opportunity to travel with his family. Along the way, he became intrigued with “the magic” of hotels – “How did the luggage get from the door to the guest room? How did the breakfast buffet materialise every morning?” – and decided that’s where his future lay.

“I remember it quite clearly: I was 14, it was a Wednesday, and I told my family I wanted to go into hotels,” he recalls, adding with a laugh, “I thought it would be like being on vacation my whole life. That was a big mistake!”

He ended up landing with a major international hotel group and stayed on for 28 years, starting as an intern in Bali and finishing as general manager in Chicago, with assignments in Japan, France, Belgium, and the UK, and a marketing gig in the corporate office along the way.

“Marketing is one of those things I’d always wanted to learn. It was nice to have a perspective on the hotels away from the floor,” he remembers. “We GMs, we sometimes think we know everything. But we’re really just scratching the surface. Connecting with the corporate office was very beneficial for me.”

Now thrilled to be a GM in Athens for Four Seasons, Roux-Dessarps enjoys discovering the culture of the city at every turn and the region from above. A licensed pilot who always dreamt of flying professionally, he began flying three years before his appointment to Astir Palace, and upon arrival quickly tracked down “the one plane” in Athens he could fly – a single-engine Cirrus. The plane is too small to carry his wife, who is from Japan, and their two teenage daughters, alas, but he likes to join the owner on tandem flights to the Greek islands, building his confidence along the way.

“We call it ‘the 100 Euro coffee’,” he says of his few-hours-long getaways by air. “It’s a great escape, however brief. If I hadn’t worked in hotels, I would probably have been a corporate or a commercial pilot.”