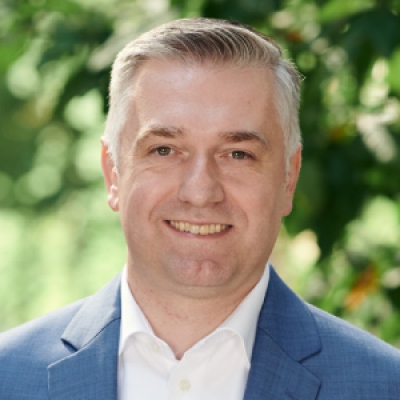 “What we have in Bangkok is something exceptional with the potential to redefine the urban resort experience in Asia.”

“There are so many striking attributes that set this property apart,” says Lubosh Barta, buoyantly detailing the unique environment and welcoming hospitality he oversees as General Manager of Four Seasons Hotel Bangkok at Chao Phraya River. “What we have is something exceptional with the potential to redefine the urban resort experience in Asia.”

And how’s that? Barta notes the Hotel’s design by renowned luxury hotel designer Jean-Michel Gathy, and its location spread across nine acres along Thailand’s major river with convenience to key city attractions. “Space is a luxury in any cosmopolitan city and offering generous space for our guests is key to the Four Seasons experience in Bangkok”

He mentions grand-in-scale spaces filled with light and energy, and the distinctive layout of the Hotel’s grounds with calming green courtyards dotted with water features framing six restaurants and lounges as “destinations” to attract a range of clientele.  In addition, this property also features the largest inventory of private residences in Four Seasons. “Hotels aren’t just built for tourists. This one creates an eclectic energy for everyone to come in and experience.”

Then there is Four Seasons long history in Bangkok and the high expectations that welcomed Barta as a result. Like its predecessor, the new property is designed for travellers as well as locals, but it takes things to a different level. “We’re drawing off the culture and energy around us to create a place where guests really feel a part of the riverside community and locals feel right at home.” Bangkok is place for people to go out and explore, he adds, and the Hotel’s public spaces mirror the city. “From food & beverage to our wellness, lifestyle and spa programming, we’re going well beyond the offerings of a traditional city hotel.”

Barta brings abundant expertise to his role, the result of a lifetime in the hotel industry and, most recently, as opening GM of Four Seasons Hotel Seoul in 2015. Bangkok was where he got his start with Four Seasons as an F&B Director back in 2004 before moving onto the company’s other resort properties in Thailand, including Chiang Mai and Koh Samui.

“I’ve thought of Thailand as my second home ever since,” he says. “My wife and I are European, but we got married here and our three children were born here. I have a deep personal respect and admiration for Thailand, and it has always been important for me to be in a destination I enjoy.”

Wherever that may be, Barta has certainly enjoyed his career. Born and raised in the Czech Republic, he is a fourth-generation hotelier and has long had a foot in the industry. Growing up, his home was all about hotels and restaurants. “I spent so many afternoons after school running around between the front- and the back-of-the-house.” His parents had to work on holidays, but Barta never minded. “I loved it!”

He also loved hockey and rose to play professionally as a goalie in the Czech Republic before turning his focus to hospitality. His time on the ice taught him lessons that he still utilises on the hotel floor. “Whether playing sports or serving guests, everyone on a team has to come together to meet the same goal,” he says. “There will always be ‘best days’ and ‘worst days,’ but success comes from learning today and working harder tomorrow.”

Barta attributes his success as a GM to his ability to align his vision to that of the project and get his team to follow along. He’s “a hotelier to the core,” he says, and he wouldn’t want to be anything else. “When everything and everybody is going in the same direction, it creates magic for the guests. Creating that magic is what hoteliers do.”