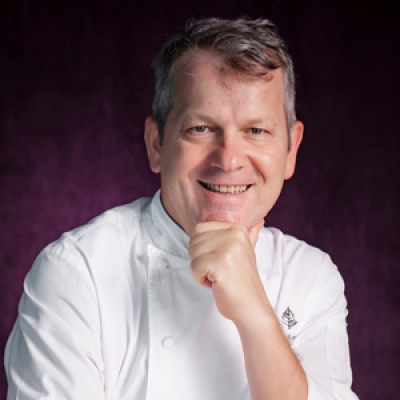 “The world may be changing, but good food never changes.”

Giancarlo Di Francesco was born and raised in Teramo, Italy a beautiful region characterised by the eastern side of the Apennines and lush valleys gently sloping towards the Adriatic coastline. As a boy, Chef Giancarlo fondly recalls his mother transforming simple ingredients into miraculous meals for the entire family. The joy of food and magical family experiences strongly impacted his decision to pursue a career in culinary arts, so he too could extend the magic of good food to families around the world. Indeed, he has accomplished what he set out to do!

With more than a quarter century of experience in Asia, Chef Giancarlo knows very well the beauty of bringing cuisines together - Asia meets Italy is a spectacular combination of the world’s best dishes.

If you ask Chef Giancarlo about his muse, he will tell you that his ‘"mother is the greatest chef of all" without hesitation. He recalls those precious moments in his youth working alongside his mother in the kitchen, making the most delicious bread and holiday desserts.