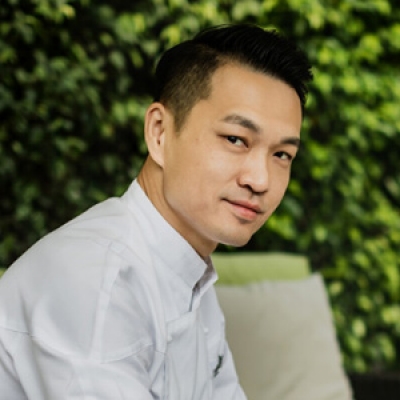 “A pastry chef combines culinary artistry, composition and passion for their craft.”

Chef Mak grew up in Malaysia, the cultural melting pot of South East Asia. He embarked on his culinary journey as a protégée at a bakery shop in Kuala Lumpur when he was just 19. Three years later, he joined the pastry kitchen of an international hotel chain, where he honed his craftsmanship, working with talented pastry chefs from diverse backgrounds. His talent was soon recognised winning two prestigious awards including most outstanding Pastry Chef and the Prime Ministers Golden Hand Award at the Culinaire Malaysia 2007 and he led a China-based team to compete in the World Pastry Team Championship 2012 Las Vegas USA, winning 4th place globally.

In 2007 Chef Mak relocated to China, which he now considers his second home. “Pastry art in China can compete with the worlds very best,” in part due to the voluminous talent pool within China combined with high demand and expectations from sophisticated Chinese consumers, who have quickly become pastry connoisseurs. No longer can pastry chefs consider just taste and presentation - originality, design innovation and photogenic creations are imperative, in this highly competitive marketplace. Indeed, Chef Mak is not complacent and recognises the importance of innovation. He is very focused on elevating the pastry team at Four Seasons Hotel Guangzhou to new levels.