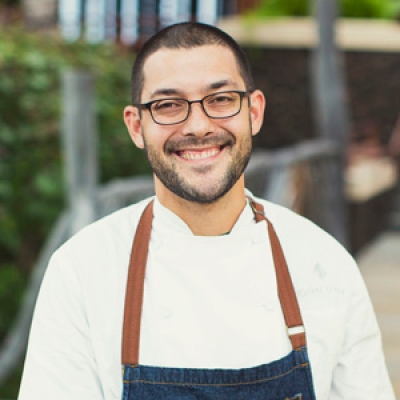 “I’m constantly working with my hands and I love to figure out how things work and understand the science behind everything."

Overseeing all pastry production for the entire Resort and residences, Kalani Garcia couldn't be more at home on the island paradise of Hawaii.  Born on Makawao, Maui, Garcia is a true local, whose love of pastry began at an early age. As the youngest of five children, he watched his mother bake for family gatherings, inspiring him well before his career started at the Hali‘imaile General Store in Maui, where he learned from the ground up and became the pastry chef.

Garcia then joined the culinary team at Four Seasons Resort Maui where he fell in love with Four Seasons culture, then made the move to the glitz and glam of the desert, where he worked his way through the high-volume pastry kitchen at Four Seasons Hotel Las Vegas where he eventually met his wife, Cara.

Garcia made the move back home to Hawaii, joining Four Seasons Resort Hualalai as Assistant Pastry Chef, before being promoted to Executive Pastry Chef. His love for Hawaii Island is apparent in the abundance of fresh produce he uses in his unique culinary creations.  One of his signature desserts, the Ulu financier, uses ulu flour (breadfruit) that he harvests from the Resort’s herb garden to create a delicious dessert that also happens to be gluten free.  “I’m thrilled to be a part of this amazing culinary team, and to showcase the hyper-local concept here at Hualalai."

Garcia and his team have consistently won awards at the Big Island Chocolate Festival for four years in a row.

Chef Garcia and his wife Cara are proud parents to their young son and two Jack Russell terriers.  In his spare time, he enjoys carpentry, free diving, and of course experimenting in the kitchen.